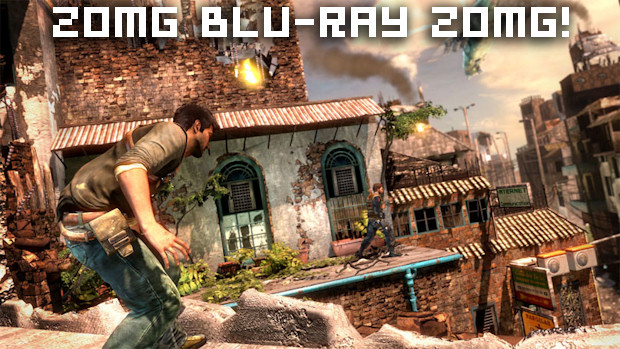 One major rule of PS3 exclusive games is that developers will lie about them and claim they couldn’t work on the Xbox 360, even though they blatantly could with a bit of development skill. Cue Naughty Dog president Christophe Balestra, who is claiming that Uncharted 2 couldn’t appear on the Xbox 360 even if Sony wasn’t publishing it, because Microsoft’s console couldn’t handle all the science.

“I guarantee that this game couldn’t be working on XBox 360. It would be impossible. I’m 100 percent sure of this,” claims Balestra. “First of all, we fill the Blu-ray 100%, we have no room left on this one. We have 25GB of data; we’re using every single bit of it.

“The fact that every PS3 has a hard drive is huge for us. It’s the combination of Blu-ray and hard drive. You can play the entire game without loading. We don’t require an install. We’re doing all the post-processing effects on the SPUs [Synergistic Processing Units]. The quality of the depth of field we have, you can’t do that on the Xbox.”

I love it when PS3 developers make up stuff like this. Just because Naughty Dog is bloating the size of the game and not compressing anything, that doesn’t mean it couldn’t fit on a DVD. I’m yet to see a console exclusive that either console couldn’t handle. I’d say that a developer claiming it “can’t” be done says more about the proficiency of the studio than the power of the machine.