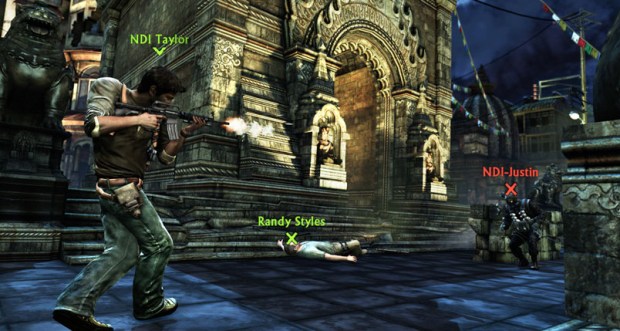 Looks like more fun is coming Uncharted 2‘s way. Naughty Dog is set to release a multiplayer “booster pack” that features two new maps, six new skins, a slew of new trophies and a plethora of new multiplayer medals. If you can tear yourself away from the game’s epically awesome single player and are willing to put down some cash then you could be having tons of wonderful fun… in the past!

You see, the two new maps are based around the original Uncharted: Drake’s Fortune. One is “Flooded Ruins,” which involves the customs house that was in the first game, and the second is “The Facility,” set in the submarine pen from the original. The six new skins are Drake, Elena, Atoq Navarro, Eddie Raja, Gabriel Roman, and Javier. Below the jump you can find all the info on the new trophies and medals, which will not be retroactive so you’ll have to accomplish all the stuff for them again if you’ve already done it.

Uncharted 2: Among Thieves DLC Blast [IGN, via 1Up]

And the multiplayer medals are: