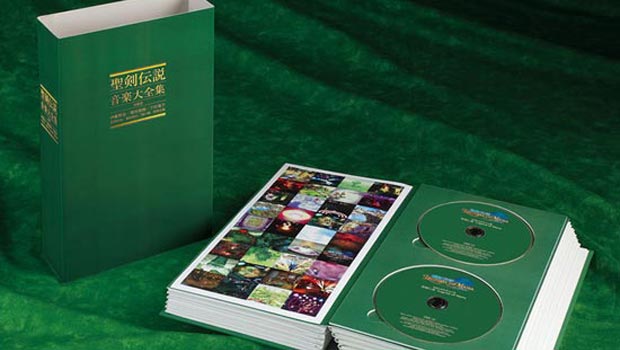 The September 14th release date for Square Enix’s massive 20-disc Seiken Densetsu Music Complete Book in Japan is just a few days away, and as one of the most beautiful collections of game music that’s ever been created, OSV thought fans may appreciate checking it out in advance to see if it’s worth the 21,000 Yen (close to $250 USD) asking price.

The set was created to commemorate the Seiken Densetsu (or “Mana“) franchise’s 20th anniversary, and it contains all of the music from the series as well as two arrangement albums and a special DVD containing footage of an orchestral performance of a medley spanning the entire series along with composer interviews and more.  It comes after last year’s massive SaGa series soundtrack box.

What do you think of this collection and its unique book design?  Even with its impressive presentation, do you think it’s worth the steep asking price?