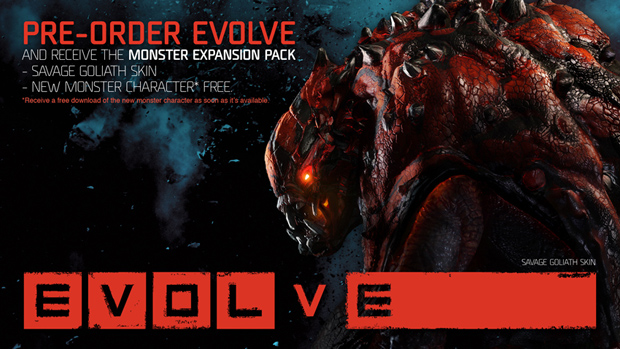 Thanks but no thanks

Look, Turtle Rock Studios’ Evolve sounds appealing to me. It’s got players taking on the role of either a group of monster hunters or the formidable beast they’re hunting. It’s by the Left 4 Dead folks. There’s enough of a premise here that I’ll be watching out for the game.

What I won’t be doing, however, is pre-ordering — not when we haven’t even seen footage yet. Hell, there’s barely any screenshots out there for public consumption. And it’s not even that the pre-order bonus — an alternate skin for the Goliath, shown above, and a post-release monster character — is a bad offering. C’mon. Do we even have a vague idea of when this is releasing?

Give us some breathing room here, Take-Two.