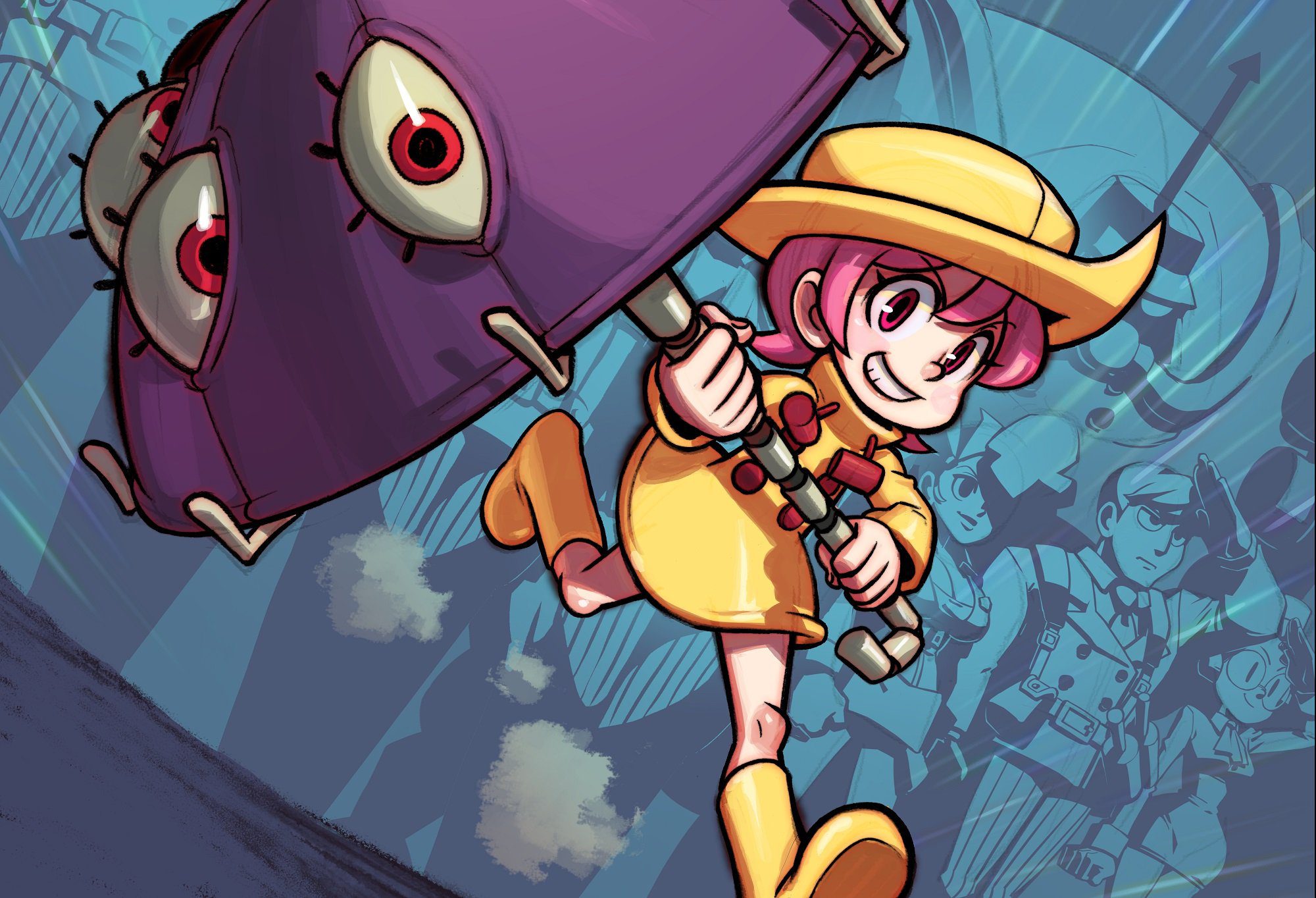 Autumn Games, in association with Hidden Variable, has revealed the next character getting set for SHOWTIME in the fantastic tag-fighter Skullgirls. And amidst a bevy of potential pugilists, it turns out to be none other than the adorable, rain-wary moppet Umbrella!

An ancillary character from Skullgirls‘ deep-lore universe, Umbrella is the younger sister of the divine Parasoul, which makes her a royal-in-waiting for the kingdom of Canopy. A wide-eyed child of wonder, Umbrella has quite a heavy burden hanging over her and her sibling, giving the turmoil that rages throughout Canopy and the ensuing war with the Medici Mafia. Still, Umbrella is already prepping herself for battle, and will do whatever it takes to keep herself and her big sister out of harm’s way.

As you can see from her reveal trailer, it’s still early days for Umbrella, with just a few cutesy stances and winpose animations on offer. But fans can expect the cool kid to bring her own unique style to the Skullgirls battlefield, utilizing both her love of ice-cream and her frankly frightening brolly, Hungern, to make up for her lack of training and diminutive stature. Looks like sisters really are doing it for themselves.

Umbrella will arrive as part of Skullgirls’ Season One Character Pass later this year and will also be joining the roster of Skullgirls Mobile. In more happy news, Future Club, the studio born out of the dissolution of Lab Zero Games, is involved in DLC development. Two more DLC characters will be announced as 2021 progresses. I don’t have my gal Black Dahlia just yet, but at least she remains a possibility. Given the huge Skullgirls universe, however, almost anybody is up for grabs.