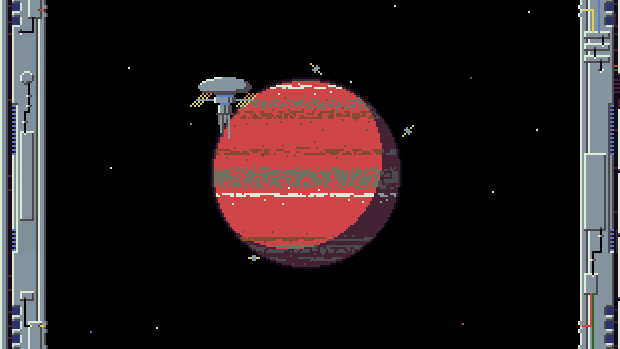 Explore alien worlds, rock out, and try not to get sucked out into the vacuum of space

“Explore alien worlds.” That’s usually all it takes to get me a little bit interested. It’s enough to get me to watch a Kickstarter video, and in the case of Interstellaria, I’m really glad I did. Go ahead; click the video above. Watch it. You’ll be pleased that you did.

Viewers are immediately hit with some nice, chunky pixel art and an energetic chiptune crescendo, care of Chipzel, of Super Hexagon fame. Then the gameplay is shown, which looks like half Metroid-style 2D exploration and half spaceship management simulation. I want this game now.

Thankfully, Interstellaria has already reached its initial funding goal of $15,000, and with about two days left in the campaign, it looks likely that it will hit its first stretch goal at $27,500, adding more worlds to explore and more alien races to take on as crewmen. Unfortunately, the title isn’t set to release for about a year; we pseudo-space explorers will have to tide ourselves over with Starbound until then.