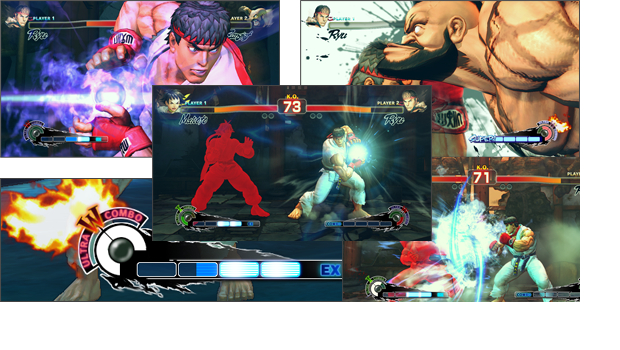 We’re still waiting to hear who the fifth new fighter in Ultra Street Fighter 4 will be, but in the meantime, we can sit back and fantasize about combo-ing Ultras and blowing through Shin Shoryukens. By choosing “Double Ultra” at the start of a match, you’ll have access to both your Vanilla SF4 and SSF4 Ultra at the same time. Pretty wild. Sounds like both Ultras will do a little less damage, which makes sense. Without a little buffing Double Ultra might as well be set to default, as choosing otherwise would leave you crippled.

Red Focus attacks may be a little more easy to abuse. With Red Focus sounds like it has all the properties of a Standard Focus Attack, except they can blow through multiple hits in a row. The details aren’t clear on how much Revenge meter you’ll build off taking hits during Red Focus, but it all sounds too good to be true. Combine that with the potential abuse of Double Ultras, and it makes sense that Ultra Street Fighter 4 was delayed until next year. Keeping the game balanced with all these new systems at play is likely no small feat.

Also news is that Capcom believes every unblockable attack has been removed from the game. That’s quite a claim! Focus tests will be starting soon in yet undisclosed locations, so we’ll get to see for ourselves soon enough.