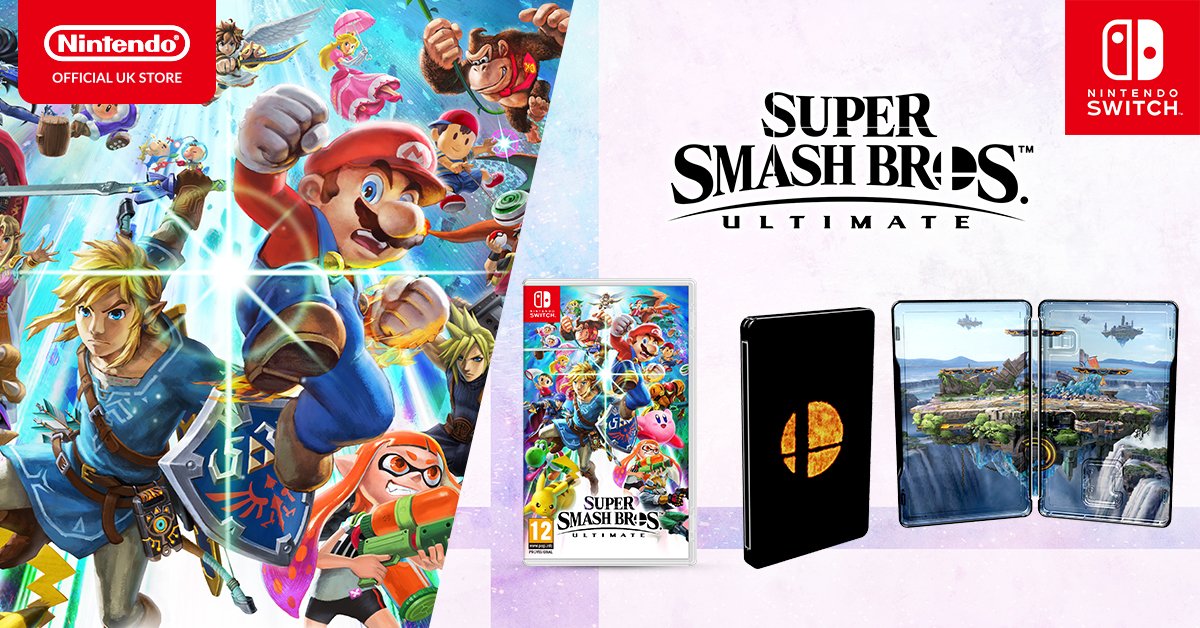 One of my favorite things about collector’s editions of games is typically the packaging. I don’t really care about all the useless crap I’m never going to use, but I love displaying awesome game art on steelbook cases. I even remember pre-ordering Assassin’s Creed III on Xbox 360 and canceling it just to get the rad steelbook. They are like catnip to me.

In addition to getting a collector’s edition bundle of the game, Europe will also getting a steelbook case for Super Smash Bros. Ultimate. To same I’m jealous is an understatement. The steelbook will be exclusive to Nintendo’s official UK store, but I would gladly plunk down money for it if I had the chance.

Pre-order Super #SmashBros Ultimate at the #NintendoOfficialUKStore and you’ll receive this fetching Steelbook along with it, complete with stylish Battlefield interior.