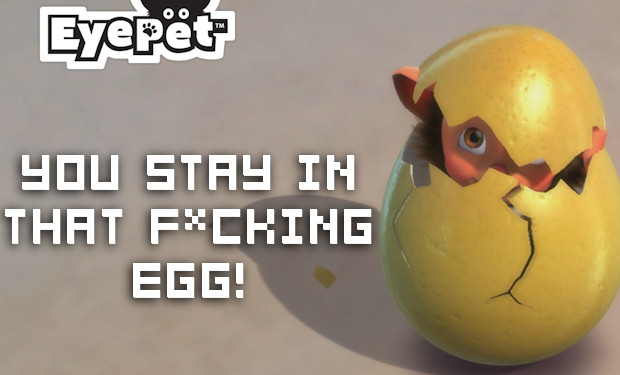 In a rare case of Brits catching a break from the videogame industry, Sony has announced that the UK release of EyePet will not be affected by the annoying 2010 delay that North American gamers have been subjected to. EyePet will be available in time for the holidays, with a release date of October 23.

I really can’t fathom SCEA’s logic here, unless this is all part of Sony’s apparent plan to sabotage every good idea it has. Not having a product like EyePet on store shelves before Christmas is, to put it politely, f*cking ludicrous. EyePet is perhaps Sony’s biggest shot at cornering some of the mythical “casual” market, and it looks like it’ll be brilliant fun to boot. I get that they want to spend time marketing the thing, but why not start now and be ready in time for Christmas? Or why didn’t they think of it sooner? It just doesn’t make satisfactory sense to me.

It should be noted that I am genuinely puzzled as to why this isn’t coming out before the Holidays, and I’m not just acting out like a little baby because I really wanted to play EyePet and love and cuddle and snorgle it. Also, it should be further noted that we totally broke the EyePet delay story and anybody who doesn’t credit us for that is a knob-end.