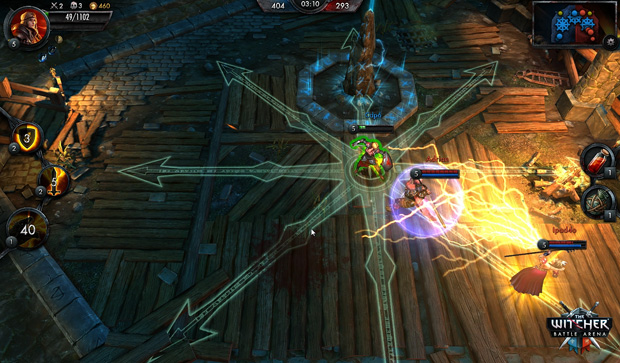 CD Projekt RED has announced The Witcher Battle Arena, a free-to-play multiplayer online battle arena based on The Witcher universe for iOS, Android, Windows Phone, and Windows tablets. Sounds like a whole lot of things we weren’t asking for combined into one game, huh?

That’s not to say it can’t be good for what it is, I suppose. The studio claims the title “features no pay-to-win elements and allows players to unlock every piece of in-game content entirely via gameplay.” As always, we’ll see how that plan turns out in practice.

Warsaw, Poland-based Fuero Games is developing Battle Arena, though CD Projekt RED says it’s designing the game. Look for it on mobile devices in the fourth quarter of this year.