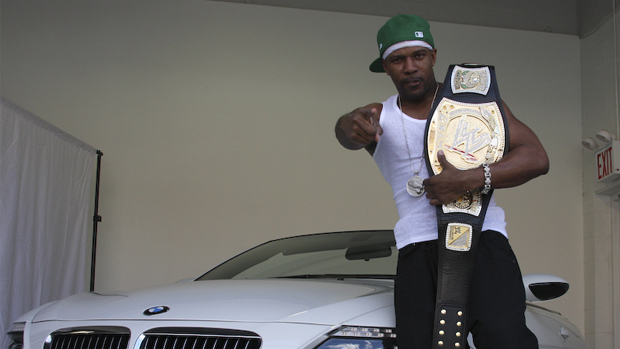 Update: Heather Ellertson, vice president of marketing at the ECA, provided this response via email and Facebook:

Gerard approached us wanting to know what he could do to help the cause. He’s in the process of turning his life around, becoming more professional and inspirational to his friends and followers. It’s exceedingly rare that we have individuals approach the organization laying it all out there, offering to do whatever they can, and asking for nothing in return. While we weren’t aware of any of his perceived transgressions online, we choose to embrace his support, his efforts and his selflessness. If we were all judged solely upon the negatives in our past we would all be damned. We would like to give him the opportunity to be a voice for gamers and a positive role model for gaming.

Several members of the ECA Facebook page, however, disagree with this choice of brand ambassador.

Who better to be the spokesperson for the ECA, “which is dedicated to giving all members of the gaming community a collective voice,” then the man who graced the internet with Hot Girls in Gaming?

You know, the guy that told Penny Arcade Report’s Ben Kuchera: “that’s because someone told me to shut the f*ck up and I said make me b*tch I’ll f*cking kick your ass pussy punk b*tch f*ggot”

Perhaps Williams is apologetic for the above actions and will approach his role as ambassador with the open-mindedness it calls for. Then again, there are many other possible candidates who don’t have a history of producing sexist content or freely using the term “faggot” — candidates that can equally represent all gamers.

“Williams’s active engagement with fans and critics alike will provide a springboard for discussion, a catalyst for action that the ECA can help support,” today’s press release states.

Even by taking the role, Williams is bringing his past baggage with him, and thus isolating gaming minorities that may feel wary to approach him and the ECA. Hip Hop Gamer can be a fun and friendly guy, but should his past actions disqualify him for the job? What do you think?