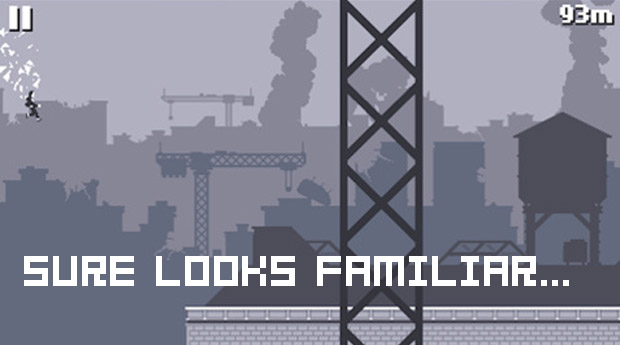 Seriously, enough with the iPhone clones already. Only last weekend we wrote about the blatant ripping-off of IronHide’s flash game Clash of the Olympians by iPhone game Achilles’ Defense, and the latter game has since been removed from the App Store.

But now, after the Canabalt devs released their source code under an MIT open source license late last year, another Thai company called PLD Soft has released a clone called Free Running that just got approved by Apple. It was free about an hour ago, and has since been raised to $0.99. Are you kidding me?

Come on now Apple, get your act together. Because any time you’re going to say “we have a better marketplace for game developers than Android” in the future, it’s just going to look like a joke.