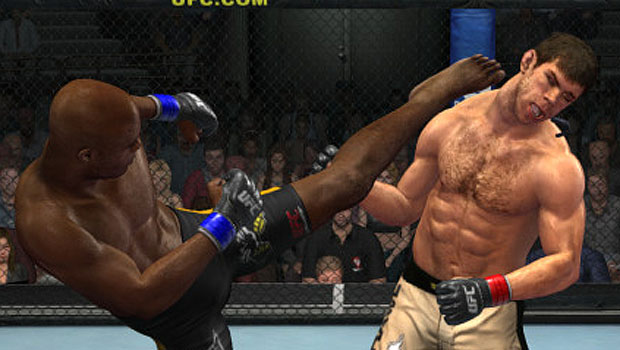 THQ has announced today that UFC 2009 Undisputed has reached “Platinum Hits” status for Xbox 360, and “Greatest Hits” status for PlayStation 3. This means two things — THQ sold a lot of these games, and it’s now available for $29.99.

Considering the popularity of the sport, it’s no surprise that UFC 2009 Undisputed was a bonkers success. UFC President Dana White counts his money in a cage somewhere, thrilled.

“We are excited that so many fans around the world have helped us achieve these impressive milestones in our debut year,” he says, before pimping UFC Undisputed 2010 in a press release. The game’s sequel hits PlayStation 3 and Xbox 360 on May 25. Faces will be punched, bodies will be hugged, legs will be twisted.