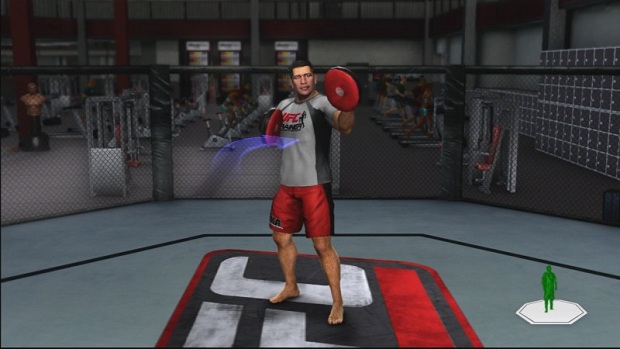 THQ has today launched the first DLC for its fitness training game UFC Personal Trainer: The Ultimate Fitness System. The game’s available on Xbox 360 (with Kinect), the Wii and on the PS3 (with PS Move), but THQ are releasing said DLC exclusively on Xbox LIVE. For free.

Named after the UFC fighter of which the DLC will focus on, the “Urijah Faber Workout Pack” will have with it 15 new Hit the Mitts drills along with 5 new workout routines. The workout pack will also include an “Undisputed Trainee” achievement which will give players an opportunity to receive a Create-a-Fighter boost in the upcoming UFC Undisputed 3 game.

THQ also have two more Workout Packs in the works, one featuring Cain Velasquez (launching on January 31) and the other with Jon Jones (launching on February 21). Both will contain 5 new routines and 15 new Hit the Mitts drills. They will both be Xbox LIVE exclusive and will cost 800 Microsoft Points. No word on if the PS3 or Wii will ever see these.