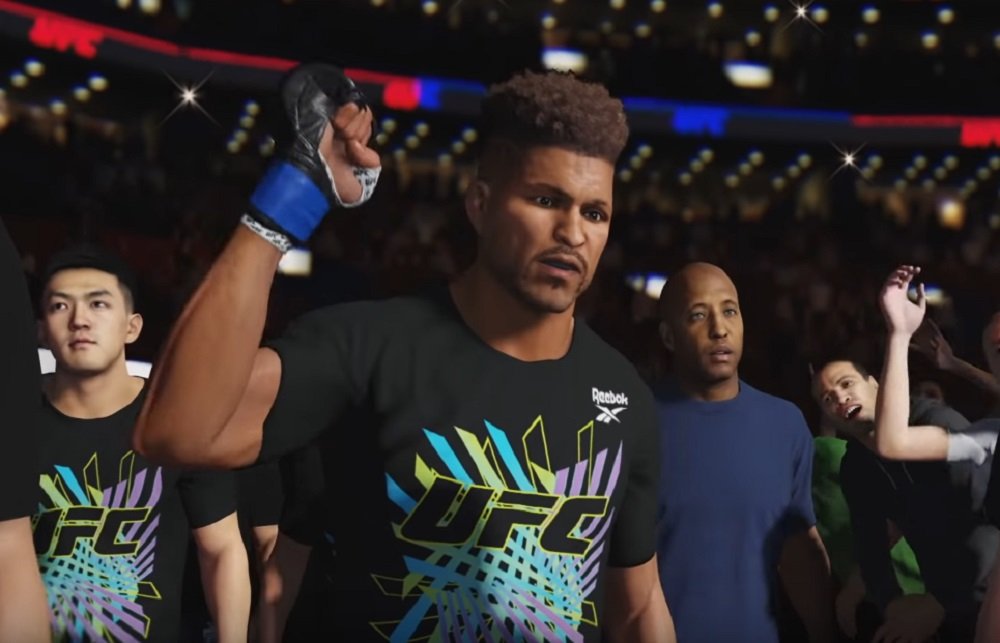 Get up, ya son of a bitch

Electronic Arts has released a new trailer for its MMA sim UFC 4. The new preview is entirely focused on the upcoming fighter’s Career Mode, which will see players take their own custom fighter into the hard-training, hard-hitting, and surprisingly social-media-savvy world of The Octagon.

The UFC 4 career mode has been revamped to offer “the most in-depth, authentic experience yet”. Create your own MMA superstar from scratch, before embarking on a storied fighting career under the guidance of in-game trainer Coach Davis. Hybrid your fighting style from a number of selected disciplines, and use Evolution Points earned in fights and training mini-games to fine-tune nuances such as striking power, to leg strength, takedown momentum, head movement and much more.

UFC 4 will also be bringing two new mechanics to this iteration’s career mode. A new Relationship system will challenge players to hone their interactions with other fighters, training camp pals, and even the fans themselves. Build a name for yourself as a positive role model or a piece-of-shit heel, work with younger fighters to help them grow, or use them as punching bags to boost your own abilities, turn in-ring rivalries nasty, or earn the respect of your peers. Every path has its own pros and cons. It’s up to you whether you want the reputation of a Royce Gracie, an Amanda Nunes, a Ronda Rousey, or a Conor McGregor.

Finally, an overhauled and “unscripted” injury system will see devastating afflications haunt you throughout your career. Failing to train properly, mismanaged stats, or taking fights on short notice can increase your chances of developing long-term injuries, creating sign-posted weak points on your body in the thick of the action. It will be up to you to decide how brightly you will burn, lest you burn out completely