Today’s the day you football* fans can play UEFA EURO 2016 and to celebrate its cover star, Gareth Bale – plus the release of a stand-alone boxed game – Konami has issued an official Welsh language cover.

And a Welsh press release.

If you don’t know (and I promise not to hold it against you), Bale hails from South Wales, UK (we went to the same high school and everything). I don’t think he speaks Welsh any better than I do, but there’s something awesome about seeing your nation (home to just 3 million people) repped on the international cover of a global game.

It’s here that I usually drop in a few choice words from said press release, but my Welsh is as rusty as Clark W. Griswold’s son (and for many of you, likely to be non-existent). I shall nonetheless resist the temptation of the English presser or Google Translate and attempt to work it out myself because seriously, where’s the fun in doing it in English?

“Er anrhydedd i seren y clawr, Gareth Bale, a’i gyd chwaraeyr, mae Konami wedi llunioclawr Cymraeg y mae modd i chi ei lwytho i lawr a’i gynnwys ym mhecyn y gêm,” says Konami. Which I think means something along the lines of “to celebrate/honour(?) cover star Gareth Bale and his team, Konami has produced a Welsh cover for you to download and use on your hard copy”. Or something like that.

Here, take a look yourself and if you’re a Bale/Wales fan, help yourself to this snazzy new Welsh-flavoured cover, which celebrates Wales’ first qualification for the tournament in almost 60 years: 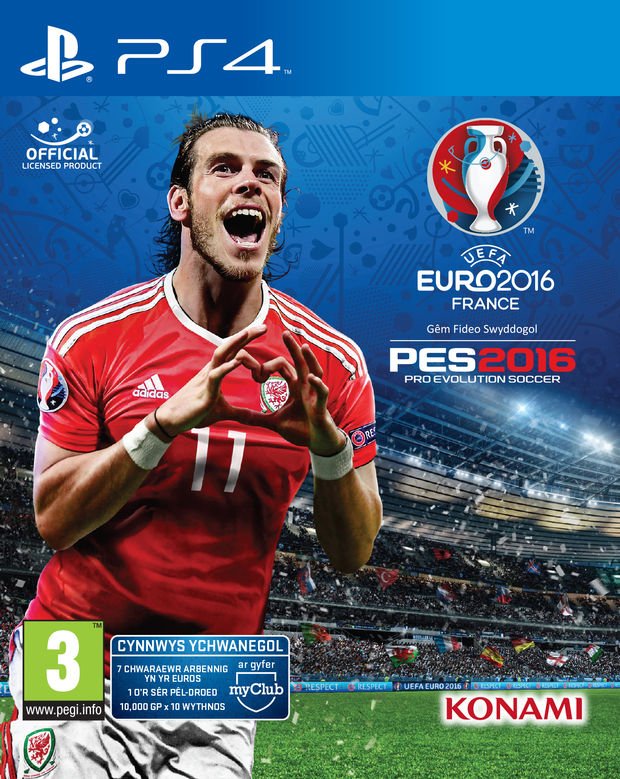 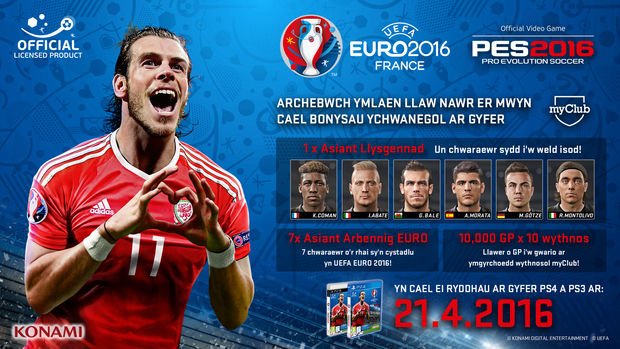 There’s a full cover to download, too, but as I can’t upload it here or find where Konami is hosting it publicly, you can download the .pdf cover right here from my Dropbox for now.

The UEFA EURO 2016 tournament is available on PES 2016 from today for free, along with physical copies available on PlayStation 3 and 4. A limited free-to-play version of PES 2016 is also available. Cael hwyl!