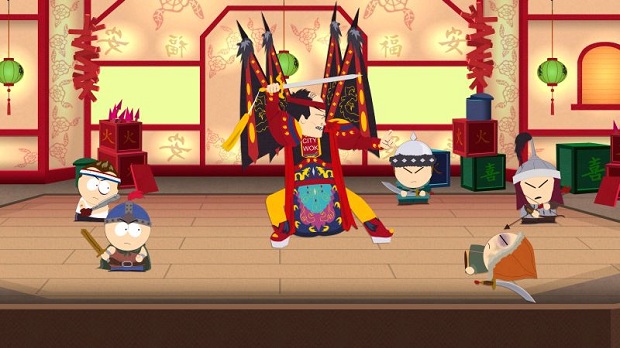 And all the other games that you expect

At the beginning of the month, Ubisoft came out and said that it hadn’t forgotten about South Park: The Stick of Truth, despite very little promotion after acquiring the game in the THQ fire-sale. That apparently still holds true, as Ubisoft has detailed that the South Park game will be shown off at the company booth at E3.

Anyone that has been paying attention will find the list of other titles that Ubisoft plans to promote at the industry’s most important tradeshow to be unsurprising. The likes of Assassin’s Creed IV: Black Flag, Rayman Legends, Splinter Cell: Blacklist, and Watch Dogs will all be on display at E3.

Ubisoft seems to be taking this year’s E3 particularly seriously, as it has dubbed the convention “pivotal”. According to the company’s internal projections, it believes that within two years, the next generation’s console install base could double that of the current generation over a comparable timeframe.

Anyone in the L.A. area can have a first-hand look at the Ubisoft games if they’re lucky enough. Ubisoft is creating the Uplay Lounge near the Los Angeles Convention Center to give “select Uplay members” hands-on time with the company’s E3 lineup and a chance to converse with developers. It’s unclear how many people this is open to, but those interested can register for an invitation at the Uplay website.