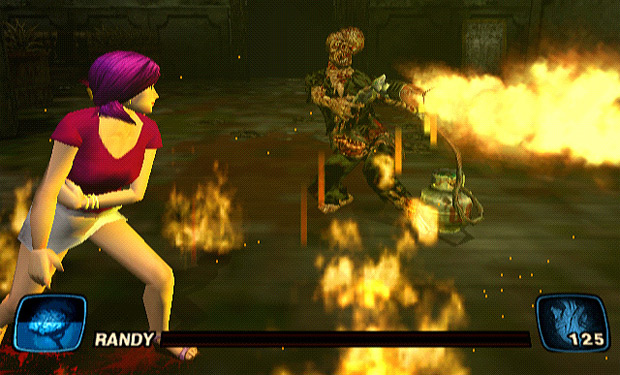 I’ll admit it — with a name like Bloody Good Time, they have my attention. So, what the heck is it? An unannounced Xbox LIVE Arcade/PC game from Ubisoft. Thanks to those helpful rating boards, we know it’s about actors fighting one another on the set of a B-movie.

A recent ESRB listing has much more depth: “This is a first-person shooter in which players compete in a “kill-or-be-killed”-style TV program. Cartoonlike characters use frying pans, golf clubs, barbeque forks, machine guns, flamethrowers, knives, and swords to kill other actors on the TV/movie sets.”

“Guards will occasionally zap characters with tasers for failing to observe in-game rules, such as refraining from killing innocent or non-targeted characters. Items such as beer bottles, wine bottles, kegs, and tequila appear in the game; players are also able to consume beer.”

Bloody Good Time sounds sorta similar to that one Dreamcast game. Oh, what was that thing called? Illbleed, perhaps? At any rate, I desperately want to see what this game looks like. It sounds terrible based on this description — as in, “so bad you can’t look away.”