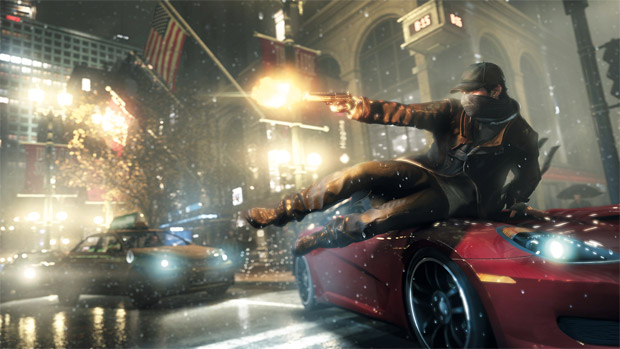 When asked by [a]list daily about Ubisoft’s intention to turn Watch Dogs into a full-fledged franchise, senior VP of sales and marketing Tony Key said what many of us knew to be true: “That’s what all our games are about; we won’t even start if we don’t think we can build a franchise out of it. There’s no more fire and forget — it’s too expensive.”

While Ubisoft is mainly focused on audience retention for the Assassin’s Creed series, with a huge new cross-generation game like Watch Dogs, it’s all about capturing that base. “Even with all the great press and all that excitement around Watch Dogs, there’s still less awareness outside of the core gaming community than we need to have when we finally launch that game,” said Key.

“Because now we’re in blockbuster world, and Watch Dogs needs to be a blockbuster because it deserves to be and as a company that’s what we need it to be. It’s the most ambitious production in the history of Ubisoft, and we need to make sure that everybody who likes videogames has a chance to decide that this game is going to be hot. That’s the hard part about a new brand, that awareness outside the core needs to be created.”

On the topic of an increased marketing spend for this year, Key explained that “By increasing our marketing, our goal is actually to lower our risk. We spend so much time, energy and money creating these experiences like Watch Dogs and Assassin’s Creed, you need to match that now on the marketing side. You’re making a huge bet on the development side, you’ve got to be all in. It became very clear to us about two years ago that this is a blockbuster world we live in now.”

Just another day in the world of AAA game development. None of these quotes are particularly revelatory, but they do serve as a frightening reminder of the situation some companies have found themselves in — that games must be as large and as expensive as they are. That going for a smaller audience with an appropriately-sized budget isn’t worth their time.