This week, a Splinter Cell: Blacklist producer confirmed that the game’s controversial torture scene, used as part of Ubisoft’s E3 presentation last year, has been removed from the game.

“Definitely we are not going to see when the game’s coming out that there are torture scenes in it. That scene is not there any more,” Andrew Wilson said.

Here’s Tom Bissel, the lead writer for Gears of War: Judgment, on the subject: “We’ve arrived in a strange emotional clime when our popular entertainment frequently depicts torture as briskly effective rather than literally the worst thing one human being can do to another.”

And later, he calls it “a blithe, shrugging presentation of the very definition of human evil, all in the name of ‘entertainment.’”

“I’ve not really heard anyone say they loved it,” Wilson followed up. 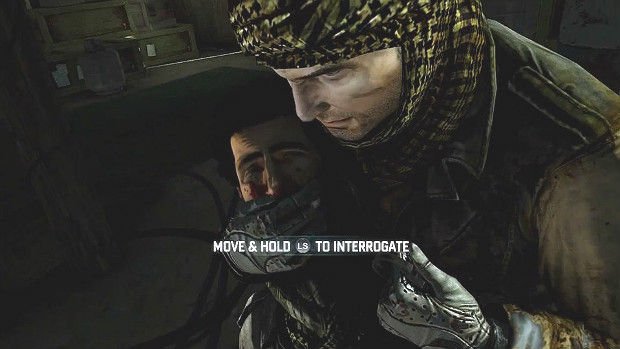 It’s really the reaction to the negative feedback that’s most troubling: Ubisoft is canning the scene because it upset people, not because it’s gross to portray torture as a fun, badass thing to do in a piece of entertainment.

I can only think of one other game I’ve played that features player-sanctioned torture: Cyanide’s Game of Thrones RPG from last year. It happens twice. The first time, it’s because the protagonist needs a bit of information about Robert Baratheon’s bastard son. Working for Robert’s wife, Cersei, the game’s protagonist and his half-brother track the boy down and chase him through an alley. If they catch the boy, the game moves on.

If not, the pair must dig the information out of the boy’s bodyguards. Players have two options: they can reason with an injured bodyguard, or torture him. The scene takes place through a series of dialog choices. The player doesn’t actually get to control Valarr as he shoves his fingers into a man’s stomach wound, but action is implied well enough.

Players gain access to the torture option by siding with Valarr, who’s portrayed as a violent psychopath and the game’s ultimate antagonist. The more peaceful option is presented by Alester, Valarr’s half-brother, rightful heir to Riverspring Castle, and Game of Thrones‘ protagonist. The implication is clear.

The second time it happens, the torture is completely off-screen: the game fades to black as a different character, Mors, moves in to exact revenge on a group soldiers who had just finished torturing him.

I have to admit that I reacted strongly to the Blacklist scene, but not to the one in Game of Thrones: the audible crack as Fisher breaks the man’s arm made my stomach churn, and seeing Fisher jam a knife into the man’s virtual collarbone reminded me of the excruciating pain I went through when I broke my own clavicle when I was 13.

I’m not sure whether or not I chose to torture Jon Arryn’s soldiers in Game of Thrones, but I don’t remember thinking about it much, either. (It’s worth noting that I couldn’t find a video walkthrough of this section of the game that did choose the torture option.) 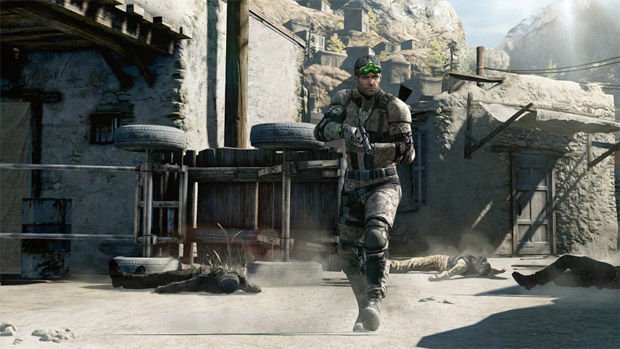 Videogame violence as a discussion topic generally revolves around guns. Here’s the thing, though: as a society, we’ve accepted the fact that guns are fun. Skeet shooting, paintball, firing ranges, laser tag, SuperSoakers, Nerf guns, archery — in our hearts, we know that firing projectiles at stuff is deeply engaging and gratifying. There’s no getting around it.

The presence of guns, though, doesn’t exempt or recuse Blacklist’s torture scene: there’s no safe, real-world analogue to stabbing someone in the clavicle. The two types of violence can’t be lumped together or justified in the same way. We have a way of understanding how and why shooting can be fun. I can’t, however, think of a context that explains how or why jamming a knife into a man’s collarbone and twirling it would be.

Last October, a different Ubisoft spokesperson — this time Blacklist producer David Footman — had this to say about the scene: “If it makes you squeamish and uncomfortable, maybe that’s the point.”

Footman’s not wrong, but he’s also not really addressing the problem. It’s not that Splinter Cell: Blacklist includes a torture scene — it’s that the scene isn’t optional, it’s that scene is fully interactive, it’s the ease with which Sam Fisher casually tortures another human being, it’s that the game has the gumption to introduce some preposterous “moral choice” — you can kill the man or just knock him unconscious when you’re done with him — after walking us through a war crime.

The moral choice was to not jam a knife into a man’s clavicle and twist it around. 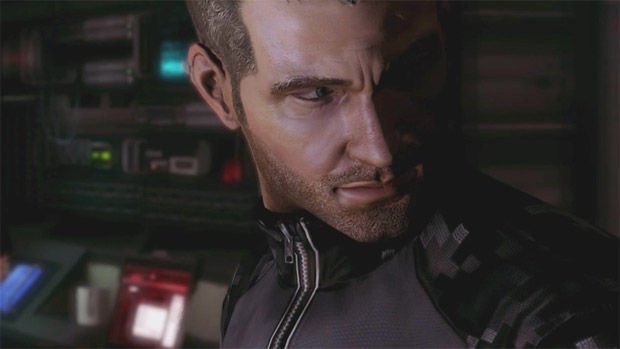 Remember that this demo was used to show the game off at E3, the largest videogame industry event in the county, and arguably the most important in the world. Ubisoft used a torture scene to highlight a mass-market blockbuster, to grab the attention of as many industry insiders, press, and fans as possible. Somewhere along the production chain, the people making Splinter Cell: Blacklist thought that we’d be titillated and entertained by jamming a knife into a man’s collarbone and twisting it around until he tells us what Sam Fisher needs to know.

There’s no doubt that games can and should be provocative, but it’s hard to see any of Blacklist’s commentary on the necessity of war: Fisher just moves on to his next objective. Our understanding of the game is a function of what Ubisoft chooses to show us: right now, the only argument Blacklist seems to make is that torture is the easiest and most effective way to handle a situation.

Footman’s right that torture is “the truth,” that it’s “really happening all over the world.” But the people that do it — justified or not — don’t get to keep being badass when it’s over. There’s nothing awesome or celebratory about post-traumatic stress disorder or a disturbingly high rate of veteran suicides. Blacklist includes a torture scene — and makes players implicit in it — without having to deal with the consequences. It’s unthinking, uncritical, and sloppy.

That Ubisoft ultimately decided to cut the scene suggests, to me, a lack of confidence in their Toronto studio’s ability to engage meaningfully with the subject. 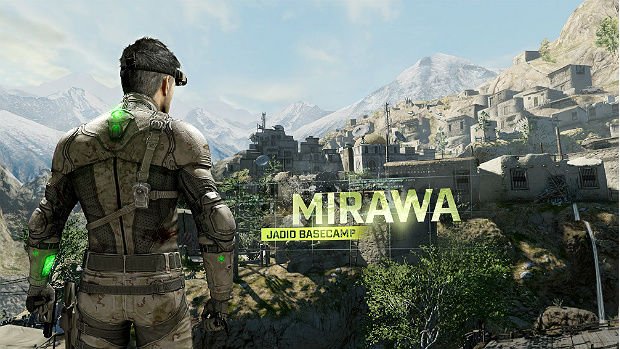 So, what’s the sticking point for Blacklist? Is it the interactivity? Is it the modern, real-world context of two decades-long wars and a national debate about whether or not water-boarding counts as “torture”? (Spoiler: it does.) I’m not sure.

It’s a lot easier to compartmentalize a villain torturing someone in a sword-and-sorcery fantasy game like Game of Thrones — it’s just part of what happens in that world. I’m not so sure we want our heroes celebrating it in this world, though.