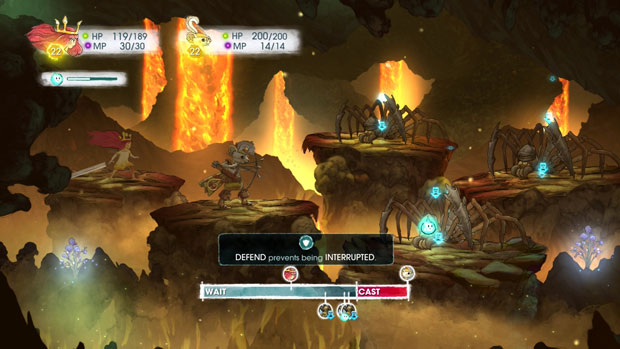 That specific team is sticking together

Ubisoft will continue to make smaller, more personal projects like Child of Light going forward. Speaking to CVG, Ubisoft Montreal vice president of creative Lionel Raynaud remarked that the company is “super happy” with the role-playing title and its reception.

“The team learned a lot about RPG mechanics during development and this has resulted in us creating a core team,” he said. “The people who made this game now want to work together again, whether it’s on a small game or not.”

“This dynamic has incredible value in the industry and it’s what we want to do: we want to create core teams that want to make great games. So yes, we will encourage other initiatives like Child of Light and there’s a chance that we will have many more games like that in the future.”

Perhaps we’ll get our coveted Blood Dragon III: Vietnam War 2, after all. “It’s a question of growing talent inside the company and giving them a chance,” said Ubisoft Montreal CEO Yannis Mallat. “It allows us to try new things without breaking the balance financially.”