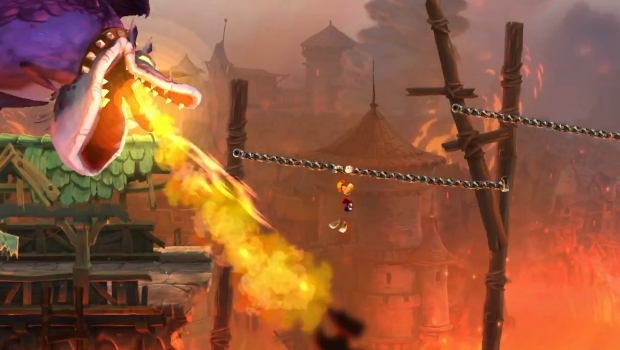 Admits multiplatform decision pushed it back

So, Rayman Legends has been pushed back to September, and news of the delay just so happened to coincide with its multiplatform announcement. As many disappointed fans suspected, the two are entirely linked, with Ubisoft holding back the Wii U version while it works on the 360/PS3 ports.

“There are no issues with the game development. All of the information was in the press release, the only reason for the delay is to release on multiple platforms,” Ubisoft told Digital Spy. “We usually release all of our platforms simultaneously (aside from PC). We’ve made special exception sometimes in the past but it’s definitely just on a case by case basis and not our standard practice.

“In this case, Ubisoft recently decided they wanted to release the game on multiple platforms so the decision was made to launch them all at the same time rather than separately. I know it’s not an elaborate, ‘convincing’ answer, but it’s the simple truth.”

Basically, it’s force of habit that’s making Ubisoft delay Rayman Legends. Like many major companies, it’s doing things not because they make sense, but because that’s how they’ve always been done. Ubisoft releases console versions of games simultaneously, and neither common sense nor community backlash is gonna stop it!

Now, I think the vicious outrage from some fans is amusingly extreme in its hyperbole and drama, but that’s not to say there’s no valid foundation for aggravation. Quite frankly, holding back all versions of the game until another sure-to-be-packed fourth quarter is just dumb, and Ubisoft doing it for no other reason than habit is laughable.

I don’t think Ubisoft is trying to stab us in the back like a fiend of the night, but I do think it’s habitual and short-sighted — like most companies run by rickety old businessmen.

That said, with it already having released Rayman Origins in a busy Q4 with no promotional backing, we can at least say the publisher’s being consistent in dicking the poor series over.