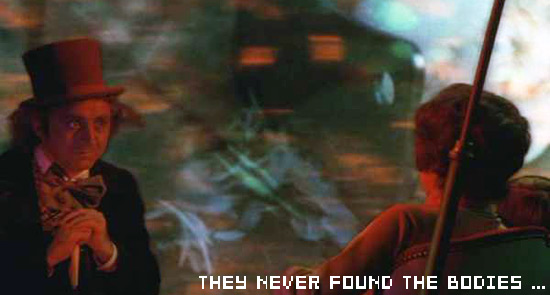 Ubisoft, a game company whose meteoric rise on the back of a string of hits featuring very American-style, hardass, masculine heroes (Splinter Cell, Ghost Recon, even neo-Prince of Persia) has opted to go a decidedly alternate route by picking up the North American publishing rights to SUDA51’s probably-more-art-than-game game No More Heroes.

I always imagined SUDA51 as the sort of game designer that would result if Gene Wilder’s Willy Wonka were to beat Johnny Depp’s Willy Wonka to death on that creepy acid-trip boat in front of a group of children. Most of those children would instantly drown themselves at the loss of a Willy Wonka they recognized from the Pirates of the Caribbean movies (and to a much lesser extent Blow and 21 Jump Street), a few would become interminably insane, and one would go on to funnel all that anguish into ultra-stylized game creation.

I hear that once you actually beat No More Heroes, it forces you to watch Reefer Madness at half-speed in reverse while shooting Methadone tablets out of your television’s speakers into your fat, lazy, American mouth.

Filed under... #No More Heroes#Suda 51#Ubisoft