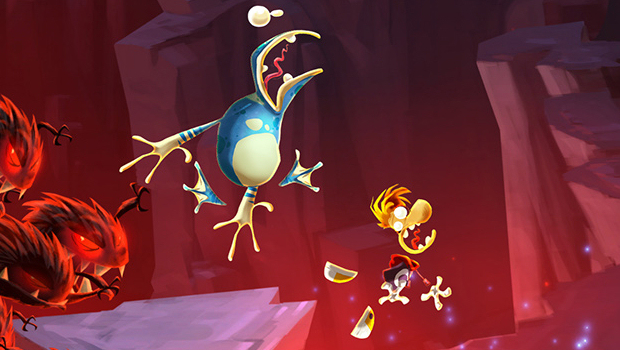 According to Ubisoft France’s studio boss, Rayman Legends is going to be a huge system seller for the Wii U, succeeding where Nintendo itself has so far failed. Xavier Poix expects the delayed platformer to work magical wonders.

Poix was bigging up the Wii U to GI.biz, denying suggestions that Nintendo’s console was a disappointment.

“We don’t have any disappointments compared to the installed base,” he said. “We are just hoping that Nintendo’s results for Wii U will be a bit bigger.

“Selling a new way of playing can take some time, and we know the power of the brands from Nintendo and we know from the fans that the majority of what will be the system sellers are not yet available. And on our side, Rayman will be one of them for sure. We really expect Rayman to be a huge system seller on the console.”

I’m looking forward to Legends, and do not wish to disparage the Rayman series, but … really? Even when Legends was exclusive to the Wii U, I wouldn’t have thought Rayman a massive enough brand to actually be considered a system seller, especially with Ubisoft’s often dubious promotion of the series.

This is before we get into the fact that Ubisoft is now releasing the game on Xbox 360 and PS3, and has delayed the Wii U version so all three versions become available at the same time — during a period when all eyes are going to be on Grand Theft Auto V, no less.

I hope Rayman Legends does well, I really do, but if Ubisoft’s expecting it to sell Wii U systems in the face of all that, I would love some of its obviously quite powerful array of hallucinogenics.