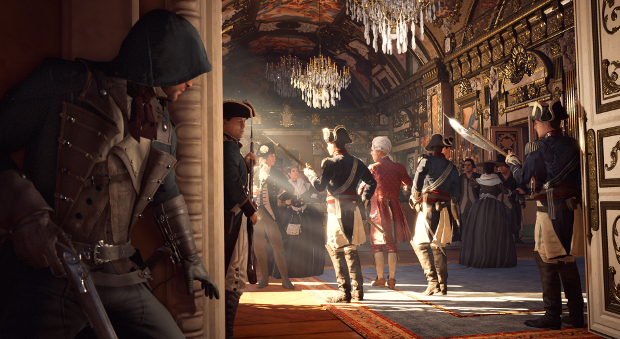 Ubisoft’s upcoming current-generation Assassin’s Creed game, Unity, has been delayed a couple of weeks to November 11 in the US and November 13 in Europe.

“Now that the team has a near-finished game, those extra two weeks will allow them to focus on those minor adjustments that can make a big difference — and ultimately help Ubisoft deliver on the promise of the game,” the company said in a blog post.

I’ll happily count Unity as one less game set to arrive in a laughably packed October. Curiously, the new release date puts it right up next to this year’s other Assassin’s Creed game — Rogue hits the US on November 11 and Europe on November 13. Same exact day!