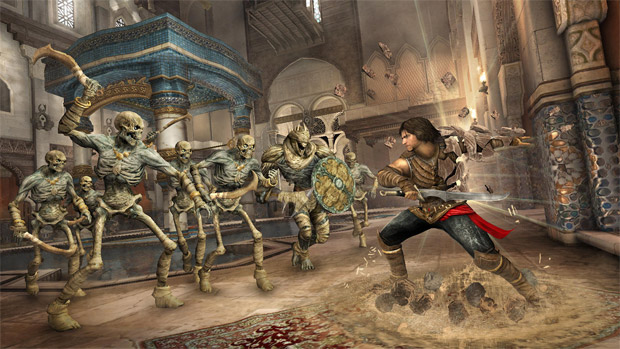 Speaking to IGN, Ubisoft Montreal CEO Yannis Mallat explains why there hasn’t been too much in the way of Prince of Persia lately. “Brand management is a tricky thing. It needs people’s attention a lot. I think it is fair to say that, right now, Prince of Persia is being paused. But we said the same thing for some other brands that suddenly popped up because a team is willing to do it.”

If the series resurfaces with an art style similar to that of 2008’s Prince of Persia, I’ll be quite pleased. In fact, I wouldn’t mind a direct continuation of that game. Oh hell, I should just go replay it, for that matter. I do have to commend Ubisoft for taking the time to step back and reevaluate this franchise for its long-term survival.