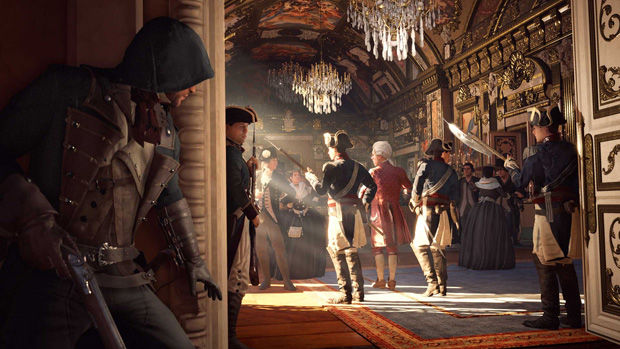 ‘Won’t solve every problem, but we’re expecting that it will dramatically improve your experience’

Less than a week after release, Ubisoft’s already planning and detailing the third of Assassin’s Creed Unity‘s patches. This update is said to be “larger in scope” than the previous patches, and will focus on several problematic areas.

While the exact fixes aren’t confirmed yet, Ubisoft’s addressing bugs that cover gameplay issues such as Arno getting stuck in parts of the map, difficulty with the cover system, and AI and crowd behavior. Other anticipated improvements will be made to cooperative matchmaking and connectivity, game crashes, menu and HUD, and framerate drops.

Thus far, Assassin’s Creed Unity‘s launch hasn’t exactly gone smoothly, as users are reporting bugs and glitches across all platforms. Ubisoft acknowledges the issues, and states that it’s in the position of trying to roll out patches as quickly as possible while still including as much as it can in each update. It also believes that Patch 3 will “dramatically improve” the user experience.