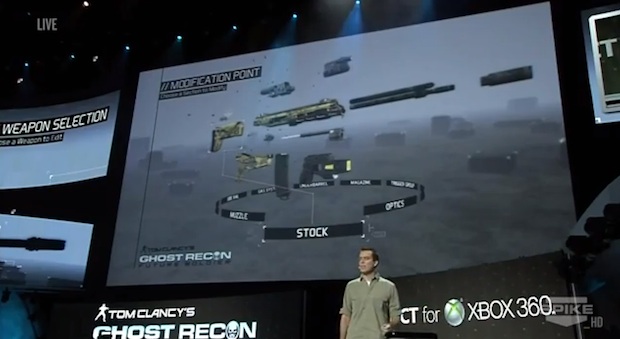 This is the second holiday season Microsoft’s motion-sensing Kinect device has been on the market, and Ubisoft has a huge push for Kinect-enabled games lined up for the season. Ubisoft SVP of sales and marketing, Tony Key, had a lot to say about Kinect in a recent interview with Gamasutra. Ubisoft has their own view of how Kinect games should be built and marketed, and it seems they’re fully aware of the device’s limitations.

“The fact is that the simple gestures are what people want out of a Kinect right now,” said Key, responding to a question on why Ubisoft Kinect titles feature conservative movements. “We’re not all ballet dancers, we don’t have perfect control over our bodies and stuff. So I think simplicity is what makes the game more appealing in most cases.”

As for core games, Key says that one of the reasons they don’t have core gamers for the Kinect “is because of the time and intensity it would take to try and match exactly what a controller does.”

One core game that will see Kinect functionality is Ghost Recon: Future Soldier, shown at E3 this year. But it seems that is more of a test run for the motion tech.

“The gunsmith is an added benefit [to Ghost Recon] that Kinect can bring. Building Kinect functionality into a core game is still something we’re all toying with, because we still have to decide how does it really improve the experience? If it doesn’t improve the experience, then what’s the point? The gamers won’t support it anyway.”