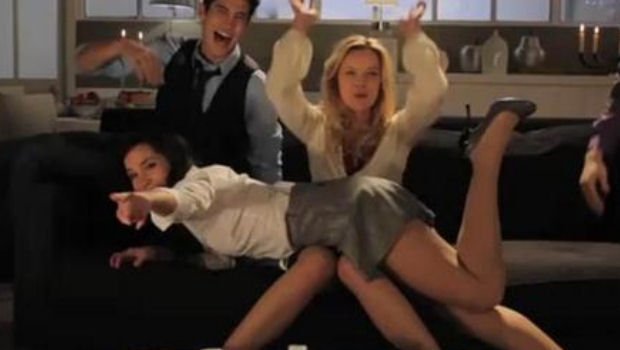 Ubisoft has commented on the age-rating for its “sexy” party game We Dare, after a week of pretending not to notice how f*cked up it is. The response? Blame PEGI, the European ratings board!

“We Dare is intended for a mature audience and Ubisoft created its marketing campaign accordingly,” asserts the publisher. “The PEGI ratings system is decided upon by a pan-European body and the rating for this game was bestowed by the independent PEGI board. Ubisoft has added a ‘Parental Discretion Advised’ sticker to the game in order to ensure that parents are informed of the potential sensitive nature of the game content.”

PEGI stands by its rating, believing it to be the correct one: “PEGI does not take into account the context of a game when rating it, we only look at the contents of the game. [We Dare] has been rated as a PEGI 12 because it contains mild swearing, minor assault on a human-like character and words/activities that amount to obvious sexual innuendo, explicit sexual descriptions or images and sexual posturing.”

It’s a strange business, and a perpetually imperfect one, but maybe software raters should do a little independent thinking when judging a title.