Updates have been bumped to a five week cycle, from four

Have you ever played an Assassin’s Creed game and thought “this probably needed a little more time?” For once, Ubisoft agrees.

Valhalla has been suffering from a number of bugs for a while now, which came to a head when an update was rolled out in March, and rolled back completely due to huge glitches. It was a watershed moment, and one that made Ubisoft realize that they couldn’t just keep churning these out, with the publisher admitting: “recent title updates may not have met your expectations or been up to our standards.”

We already knew that the first major DLC, Wrath of the Druids, was bumped to May 13, but now we know why. Ubisoft is evidently overhauling their entire testing system, which will now grant their team an extra week of preparation before updates roll out. Probably a good idea!

Their new developer blog explains that previously the game ran on a four-week title update release cycle, which will now shift to five weeks.  Here’s the rub: “Creating Title Updates is a complex and time-consuming situation for our dev team. We are always striking a balance between including as many fixes for known issues as quickly after spotting them as we can, while also providing new and exciting content for players that may not run into issues at all.”

New planned fixes include plans to bring back the missing fish (which won’t be fully resolved until June, but will be “partially” addressed with the next title update), and updates for two quests: In the Absence of an Ealdorman, and Pig of Prophecy.

You can also check out the revised road map below. 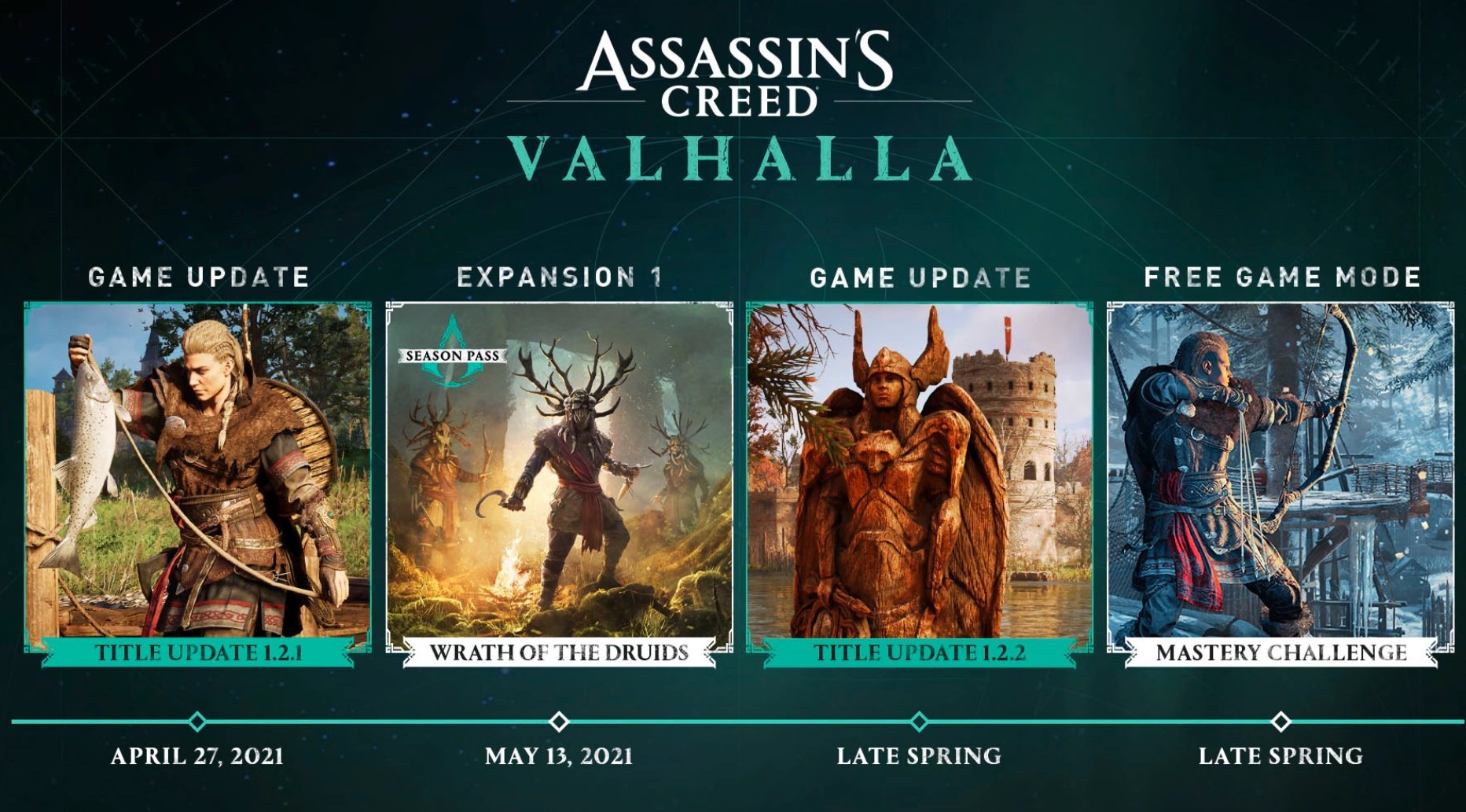