A reason to revisit the endgame

Is too late for The Division? Have players moved on, never to return?

Today’s update should bring some of them back to the online third-person shooter and, with any luck, keep them sufficiently engaged to stick around into the endgame. This wide-ranging update, 1.4, is the one that sidelined the Survival and Last Stand DLC as the developers shifted their focus to “improving the core gameplay experience” over releasing new scenarios and content for paying players.

The highlights: “World Level Tiers” to dictate enemy levels and the quality of loot drops, inventory overhauls including features like being able to “favorite” specific gear or weapons and buy back accidentally-sold items, improved AI, and a 50% increase in player ammo capacity after level 30. 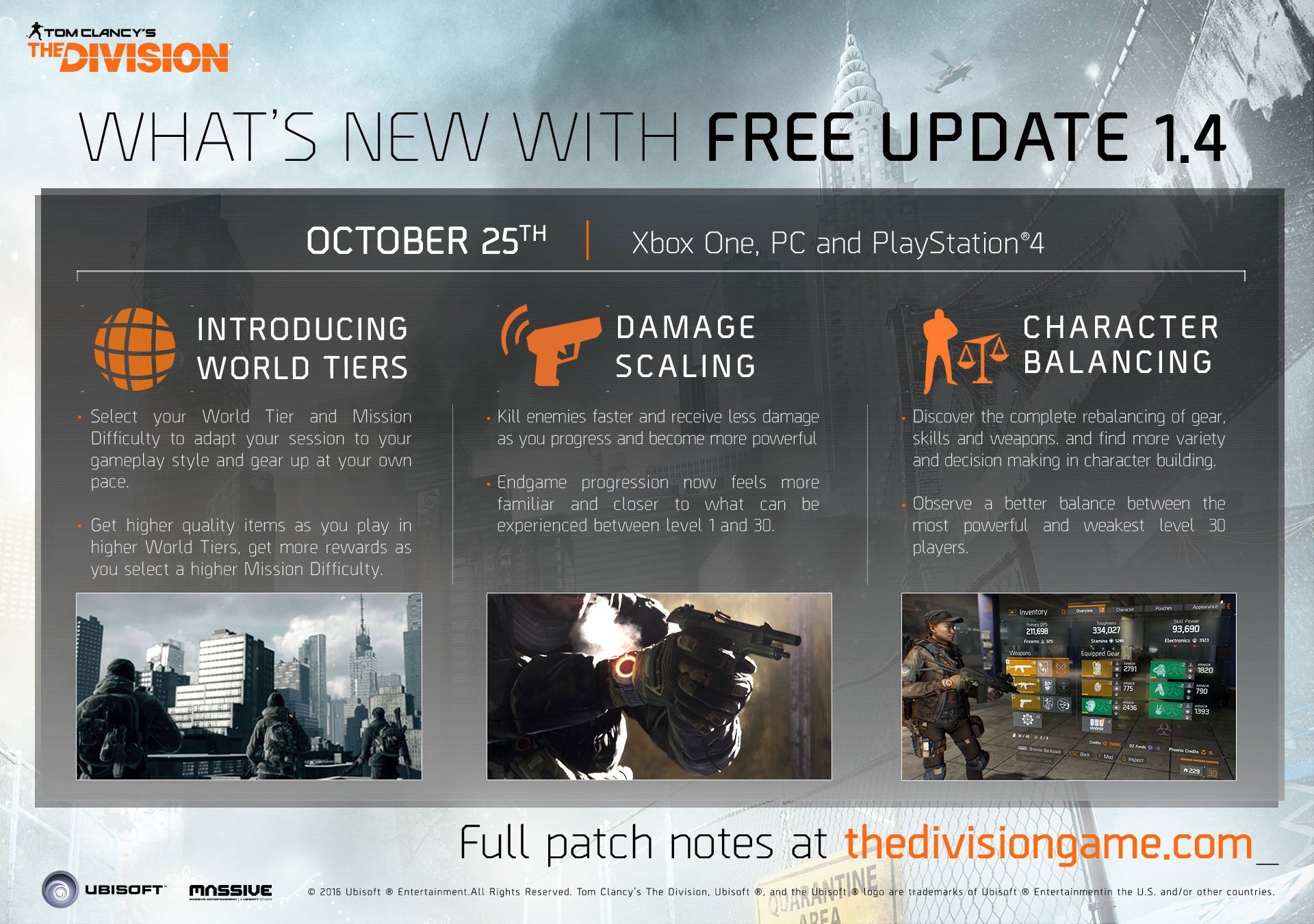 Updated Rewards for all main missions:

Updated Rewards for all High Value and High Risk contracts:

Updated Rewards for all Underground Operations:

Updated Rewards for all Incursions:

Updated Rewards for boss drops and Supply Drops in the Dark Zone:

(Reference only values, for level 1 character)

Path of the Nomad

I think I just sent my scroll wheel to an early grave.