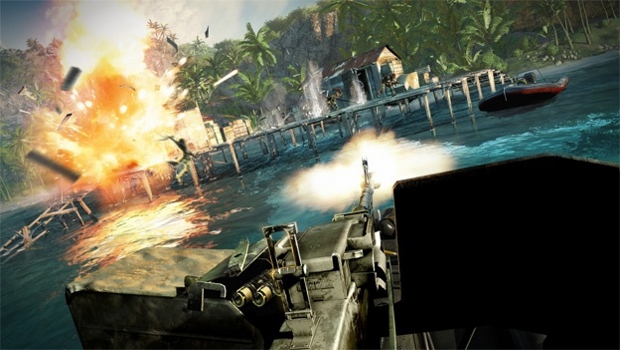 It now recognizes Far Cry as a major franchise

A lot of companies have been releasing their financial figures lately, but it doesn’t seem as if any can hold a candle to Ubisoft’s performance. While most had a non-remarkable or down year in fiscal 2013, Ubisoft reported profits of $83.3 million and revenue of $1.615 billion.

An increase in sales of 18.4 percent over 2012 is the major contributing factor for the stellar year. Of this, Ubisoft attributes Assassin’s Creed III, Just Dance 4, and Far Cry 3 for leading the way. Assassin’s Creed III recorded an astounding 12.5 million units shipped combined with digital sales, while Just Dance 4 and Far Cry 3 moved 8.5 million and 6 million copies, respectively.

The most interesting tidbit to come out of the company’s report may be that it now recognizes Far Cry as one of its cornerstone franchises, as it “confirmed a strong comeback in the major segment of shooter games.” If it wasn’t already obvious by the existence of Far Cry 3: Blood Dragon, it looks like we’ll be seeing a lot more Far Cry — probably annually.