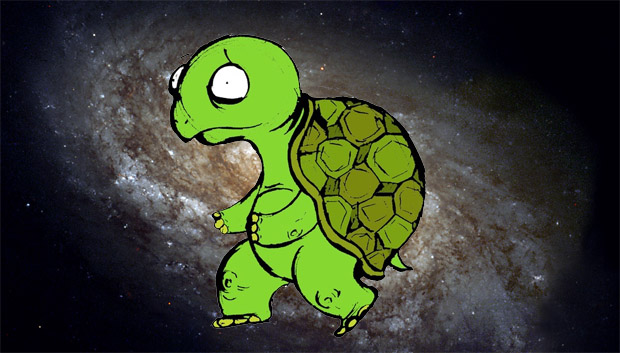 What is Galaxy Racers. I tried to come up with a mental image of what something called Galaxy Racers would look like. The first thing I imagined was a futuristic racer, like F-Zero, where floaty ships zoom along spacey tracks. But we don’t need another one of those, so I thought of something else.

What about a turtle that is annoyingly slow? That sounds fun, doesn’t it? You hold a Wii Remote and a Nunchuck, each representing the turtle’s slow-ass legs. Waggle with all your might to see him move at a snails pace. To beat the game, you have to have Mr. Turtle run all the way across the galaxy.

We can only make sh*t up, as Ubisoft’s trademark filing does not tell us much. It’s a game. That’s all we know. We’ll look forward to hearing what Galaxy Racers really is.

In the meantime, got any better ideas? I really like the turtle idea.