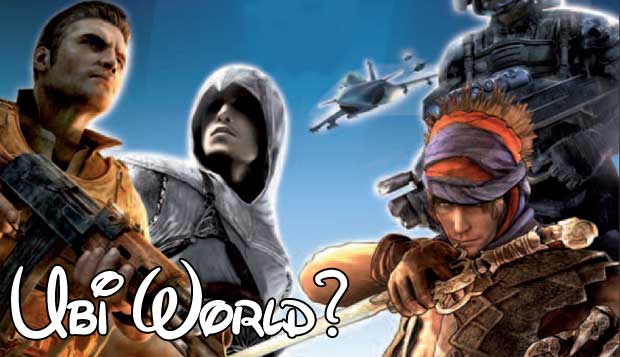 Ubisoft recently filed trademark for “Ubiworld,” and our first guess was that it was some French version of Disney World. You know, instead of Mickey Mouse, Goofy, and that guy from The Jungle Book you’d have Sam Fisher, Rayman, and that guy from Rainbow Six.
But the details of the filing seem to indicate that’s not the case. The filing identifies the trademark for “Entertainment services namely providing an on-line computer game for others over global and local area computer networks and providing information on-line relating to computer games.”
Sounds a lot like an online gaming destination to us, or at the last an online portal for all things Ubisoft-related. The publisher owns Ubiworld.com, which lends some credence to that particular bit of speculation. Of course, the publisher has been sitting on the domain since 2002, so recent trademarking (signed by CEO Yves Guillemot on October 10) could just be general housekeeping.
But until Ubisoft shows its hand, we’re going to hold out hopes for a Rabbids-themed roller coaster.