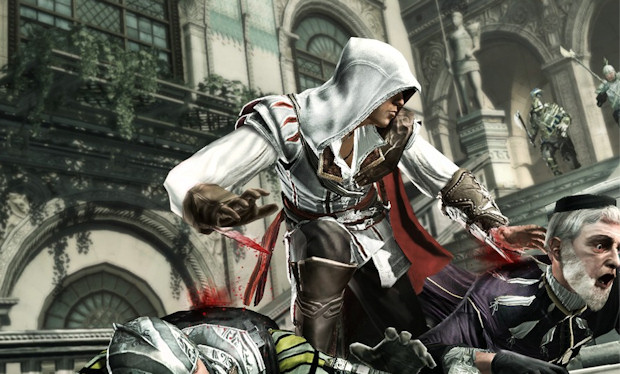 We hear about these situations far too much, where a publisher is accused of attempting to broker a guaranteed favorable review from a press outlet. The latest to face such allegations is Ubisoft, having been named and shamed by German magazine Computer Bild Spiele for demanding a high score for Assassin’s Creed 2. SCANDAL!

“Our reviews are tough, but fair. We will not give up our independent scores for the sake of a timely review,” explains the magazine in its latest issue. “This holds true for Assassin’s Creed 2. The publisher asked us to guarantee the score ‘sehr gut,’ otherwise we would not receive a review copy, thus we will publish our review in next month’s issue. We’d be more than glad to give the game a ’sehr gut’, but only if it deserves it.”

Sehr Gut is essentially Computer Bild Spiele‘s version of an A-grade, meaning that Ubisoft was only willing to trade a game copy for an incredibly positive review. Of course, asking an outlet to guarantee something like that before they’ve played the game is asking them to trade in every ounce of integrity they’ve worked to build, and if these allegations are true, it’s a shame that Ubisoft felt the need to barter against someone’s self respect like that.

In any case, Computer Bild Spiele has probably ensured that it won’t be getting any more games from Ubisoft. Good for them, and let shame rain down on any writer that actually agreed to such shenanigans.