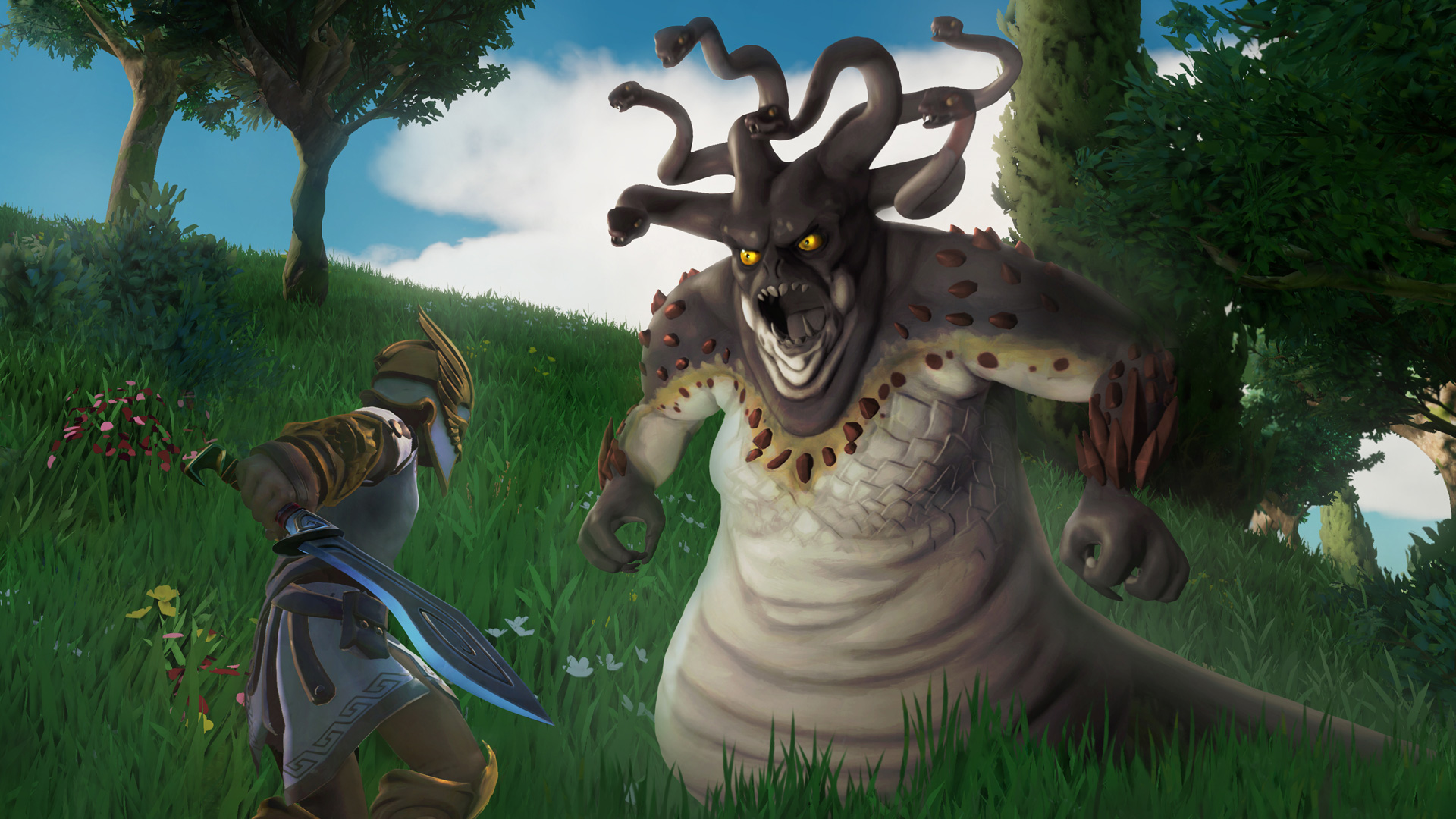 They’re leaning even more into mythology

Capping off Ubisoft’s E3 2019 press conference, we got a glimpse of Gods & Monsters, a new monster-slaying Greek mythology action-adventure game from the forces behind Assassin’s Creed Odyssey.

“Embark on a journey to the Isle of the Blessed, taken over by dangerous creatures of mythology,” said Ubisoft. “Prove your legendary heroism by taking on their leader, Typhon, the deadliest monster in all of mythology in a face-off for the age. Explore a beautiful fantasy world where tricky puzzles, mysterious dungeons, and heroic feats await. The journey will be as challenging and rewarding as the final destination.” Gorgons, harpies, and cyclops are just some of the creatures blocking the way.

What little of the game was shown on-stage didn’t do a ton for me, but just thinking about the concept of a breezy, stylized take on these classic monsters and stories, I see potential. Ubisoft can pull this off.