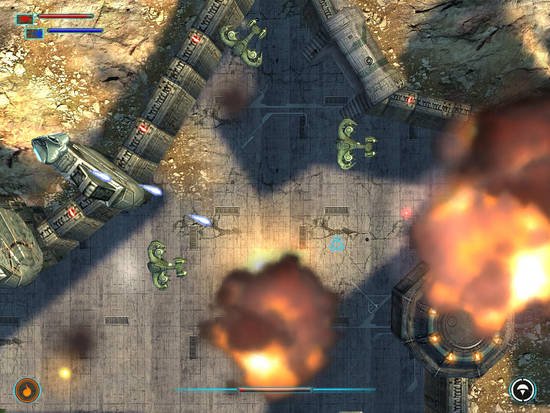 With the official launch of WiiWare right around the corner, more and more publishers are coming out of the woodwork to announce software for the platform. The latest is Ubisoft, who have revealed that they will be bringing Protöthea, a 3D top-down vertical scrolling shooter, to the service sometime during its “launch window.”

The Protöthea story involves some overly-complicated tale of an asteroid called “Magno 01” and a political faction called “The Core.” But it’s a freakin’ top down shooter, so no one really cares, do they? But if that’s what it takes to explain having to shoot down enemy ships with eight air-to-air weapons and two air-bombs, so be it. Your ship also has a special power that will actually slow down time, an ability which I’m sure can only be explained by the politically charged narrative.

Protöthea first began life as a PC game, and as GoNintendo so helpfully has pointed out, a demo can be found here. WiiWare launches in North America next week, May 12; in the meantime, check out this fact sheet and screens of Protöthea in resolutions that I’m not even sure the Wii is capable of displaying images in.