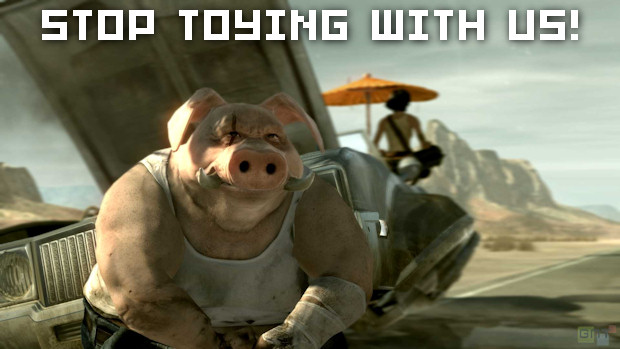 We’ve seen a teaser trailer. Game creator Michael Ancel has explicitly talked about it. Nevertheless, Ubisoft’s complete ignorance of Beyond Good & Evil 2 is becoming an increasing concern, something that is abundantly more worrying with a recent show of skepticism in the game’s release by a high-ranking executive.

“Sometimes you come back to an IP that didn’t work because you still think it could have,” states North American president Laurent Detoc in an interview, “like Beyond Good and Evil, which was leaked, so now people know we’re working on a new one. Whether or not it comes out remains to be seen anyway, but we didn’t want to abandon that IP because it has a cache and authenticity about it.”

Am I the only one who finds that a little unsettling? Remains to be seen? So far, the game has been conspicuous in its absence at such events as GDC and E3, and the sheer silence surrounding the game is rather frustrating indeed. Either it’s coming out or it’s not. I really would like Ubisoft to clarify that, because right now, people have a lot of expectations invested in BG&E2, and it’s better to dash their hopes sooner rather than later.

We’ll try and get Ubisoft to spill the beans, but something tells me it’ll be yet more silence.

Filed under... #How many wolves have to die?#Ubisoft