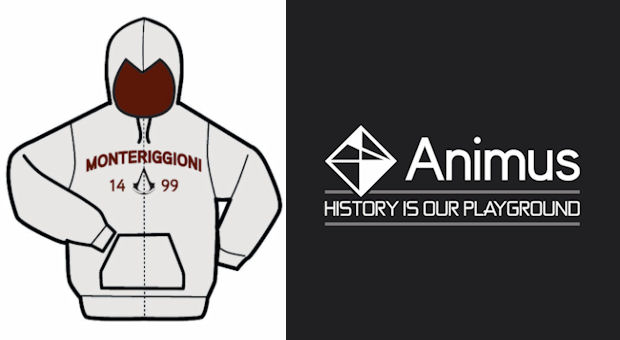 This week Ubisoft has partnered with UK clothing designer Insert Coin to announce its official apparel for Assassin’s Creed: Brotherhood. Due to launch in late August/early September, the designs will initially only be available in the UK and feature a hoodie and t-shirt.

The zip-through ‘Monteriggioni’ hoodie will be grey with vivd red inside, the writing will hopefully be stitched as opposed to printed, and the bespoke cut on the hoodie will feature Ezios ‘eagle-vision’ peak. As for the shirt, the boys at Insert Coin insist it hints heavily towards the story of Assassin’s Creed, and what is to happen to the Assassins and the Templars in the future (or the past).