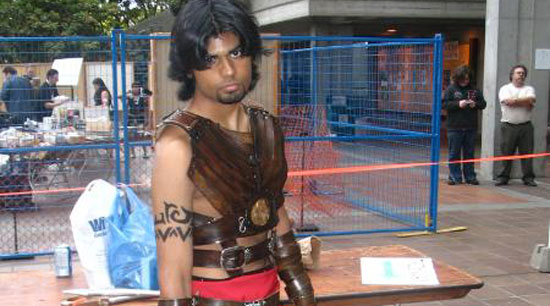 A press release just landed in my inbox from Ubisoft, announcing that a new Prince of Persia title is scheduled to be released this holiday for the Xbox 360, PlayStation 3, and PC. The game is being developed by Ubisoft’s Montreal studios, the same team who created the Prince of Persia trilogy and Assassin’s Creed.

Ubisoft doesn’t give many specifics, not even giving the game an official name. Might I suggest “Prince of Persia Prodigy”? They do tease that the game is the opening of a new chapter in the Prince of Persia universe, saying that the game features a ‘new breed of gameplay” and will introduce a “brand-new illustrative art style.”

A completely separate Prince of Persia title is also being designed for the Nintendo DS, and will feature an entirely new storyline and new characters. With Ubisoft’s media day right around the corner, we should be hearing more on these titles in the coming month.