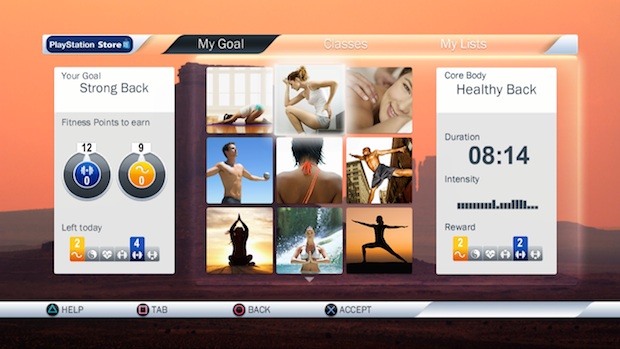 There’s a new fitness game from Ubisoft for the PS3 and Wii. It’s called Fit in Six, and it’s a videogame workout program that guides you through six core elements — core body, upper body, lower body, cardio, balance and flexibility.

The Wii version of Fit in Six will use a Wii-compatible USB camera accessory. There will be a kit that will include the game and this camera available at launch. With it, the game will let users compare their movements with those of the in-game coach.

The PS3 version uses your PlayStation Move rig, giving you the same camera interactivity as the Wii version. This version will also let you use your own music playlists. The game will even suggest songs in your list for each workout. There will also be add-on content made available on the PlayStation Network, letting you add different types of workouts to your program.

Both versions of Fit in Six will be available in March of 2011. Are you calling me fat, Ubisoft?