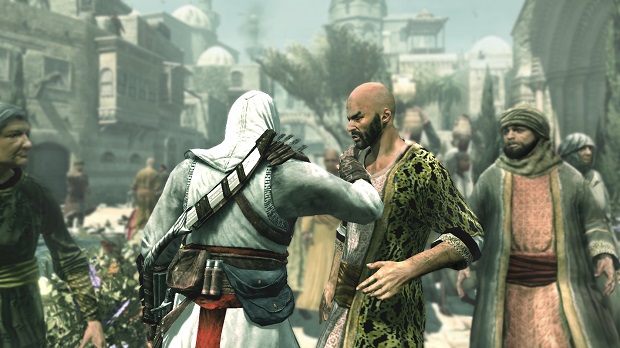 Ubisoft owns one of the most popular videogame properties in Assassin’s Creed, but that’s not stopping it from trying to extend the series’ appeal to an audience that some might frown upon — children. That’s the publisher’s reasoning behind a recent affiliation with a toy company.

According to a report from GamesIndustry International, Splinter Cell brand manager Yannick Spagna spoke at the GameON Finance Conference in Toronto, and said that an Assassin’s Creed deal with Mega Bloks wasn’t done to directly generate more revenue, but to introduce the franchise to a new audience.

“On a big IP, like Assassin’s Creed or that type of game, I think now the idea is to reach a maximum of people,” Spagna said. “For big IPs, smart brands are the best partners. It’s nice because toys are looking for the hype around videogames. And, we are looking for a new audience: kids, children, it’s more like that.”