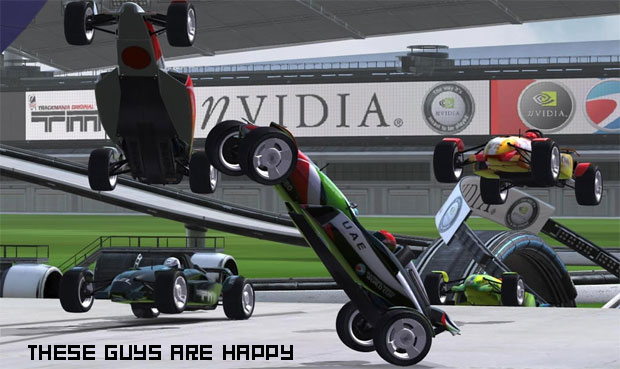 Not a big TrackMania player? Psh, you would say that. Today’s news of Ubisoft acquiring the series’ developer, Nadeo, is probably not relevant to your interests then. In preparation for your kind, I have found a YouTube video that may convince you otherwise. View it here.

Ubisoft had a few reasons for following through with the acquisition, IndustryGamers reports, and here they conveniently are. For starters, the uber company cites TrackMania as “the first eSport franchise for racing games.”

“Through Nadeo, Ubisoft will gain an expert team, one of the best online technologies around as well as a flagship multiplayer game that enjoys an unrivaled reputation among a loyal and committed community,” says Ubisoft CEO Yves Guillemot.

“We are excited about the idea of introducing TrackMania to an ever-wider audience and sharing the expertise of Nadeo’s teams with our company’s other developers,” he concludes. Excited you should be — now seems like as good of time as any, what with the studio currently working on TrackMania 2 and all.