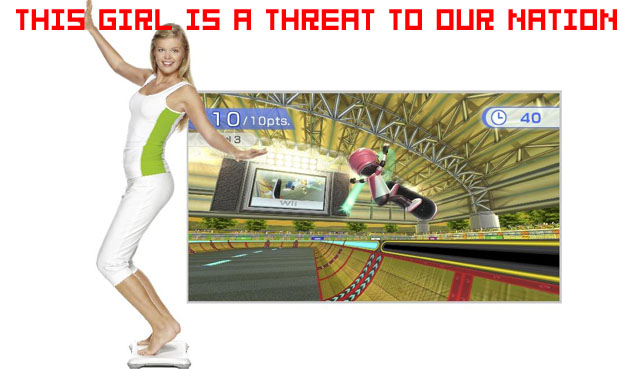 Adding to Homeland Security’s arsenal of x-ray and particle detecting technology is….a Wii Balance Board? A Wii controller is going to protect my country from foreign invaders?

Homeland Security is toying around with a new program called Future Attribute Screening Technology. It favors detecting body language over x-rays and bag checks. They look to physiological signs and visual cues to know if you intend to do harm to the United States of America.

In their bag of tricks is the Wii Balance Board. They’ve altered it to better sense weight shift. A CNN article says that this would become a fidgeting monitor. Fidget too much and you might be a bomb smuggler. This, combined with other tech, could determine threats to our fine nation. I feel safe now.

What if you just really had to piss? I’d fidget. Would I be denied passage?

This program will start field testing in 2011.