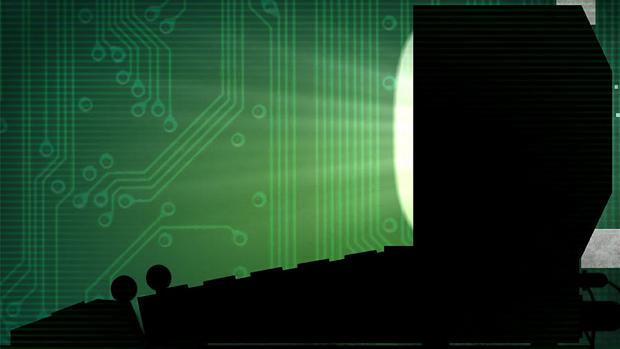 Releases on Android and iOS on October 10

We’ve seen a lot of different types of videogame protagonists over the years. There have been countless humans, several aliens, some robots, and a few simple geometric shapes. Not often do you see a piece of punctuation take a leading role in a game, but Type:Rider goes there with its star colon riding through worlds of typography.

It almost looks like a cross between Trials and LIMBO, with each dot of the colon acting as a wheel in a stark, silhouetted landscape. The plucky punctuation mark visits levels based on several different fonts, ranging from the dignified Times New Roman to the reviled Comic Sans. Type:Rider releases on Android and iOS on October 10.

Also, the colon reminds me of a much more demure version of the totally radical ’90s RC car, Tyco Rebound.