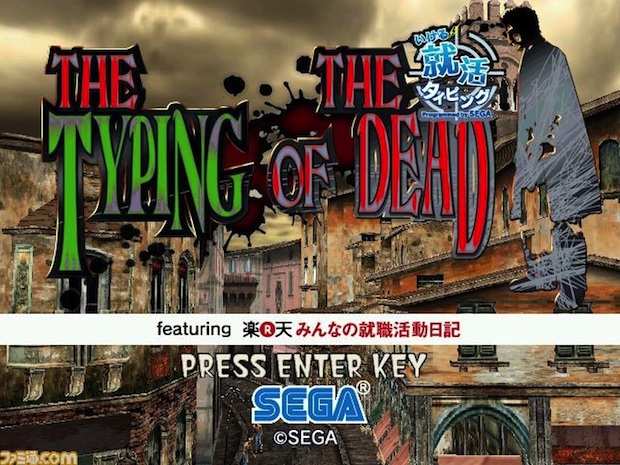 Sega’s zombie typing lesson Typing of the Dead was already odd, but this newest resurrection of the franchise is downright bizarre as it now relates to job hunting.

In Japan, a job placement site called Minna no Shuushoku Katsudou Nikki has teamed up with Sega for a new PC version of Typing of the Dead. This version uses words supplied by members of Rakuten’s job site, and all 3,000 of the words relate to job hunting and placement. Somehow that sounds scarier than just plain zombie attacks!

In the title’s four minigames you’ll use these job-related words to fend off zombies in what they call the “Job Hunting Mode.” Sign of the times? Judging from the screens we nabbed from Famitsu, they’re not going easy on the jobless. Chainsaw guy really has it out for you!