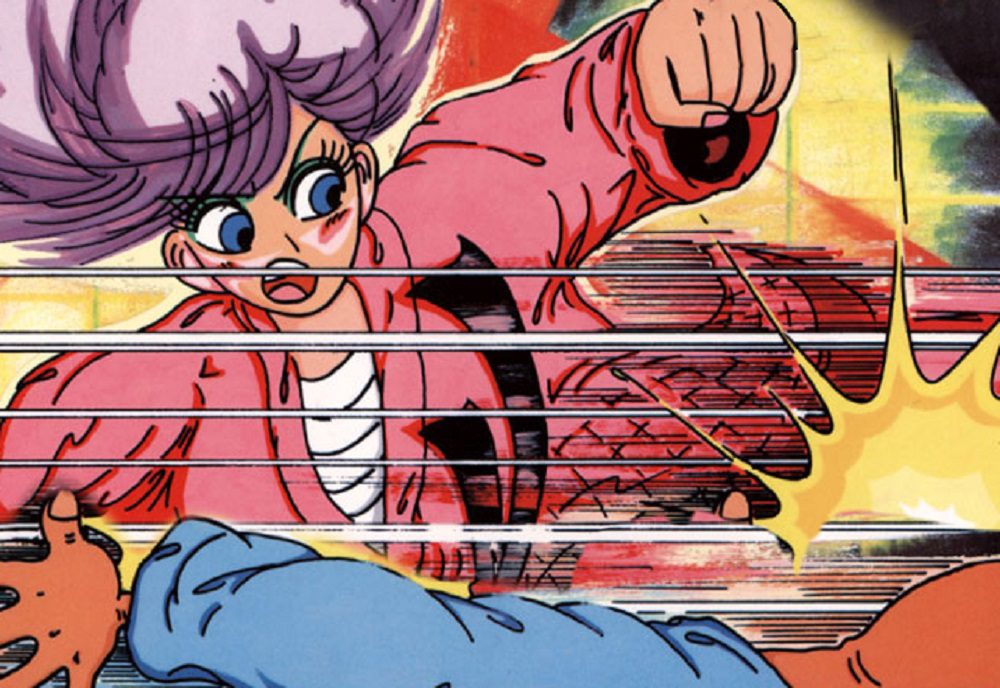 Hip-tossing its way into arcades in 1985, Typhoon Gal is the story of a spunk young judo master, Yuki, as she attempts to defend the honor of her Dojo from an army of male attackers, determined to put our hero in what they perceive to be her place. With fists, feet, and an array of acrobatic throws, Yuki dishes out a much-deserved kicking to her opponents inside her dojo, in the surrounding woodland, and even in the temple of her arch-rivals, bringing the violence to her detractors’ front door. In typical, old-school arcade style, Typhoon Gal simply repeats itself over and over, allowing Yuki to mount quite the body count.

Check out our girl in action in the video below, courtesy of YouTuber Aldo Computers.

While understandably simplistic, Typhoon Gal is a helluva fun release. An early entry to the brawler genre, sporting cute, colorful imagery and fun, entertaining combat, Typhoon Gal deserves a better legacy in the annals of video game history. Importantly, its dedicated gal protagonist, single-handedly laying waste to an endless supply of male enemies — sending them scurrying away in shame — was an incredibly novel narrative for 1985’s gaming scene, and rightly places our pink-Gi hero among the most pioneering of gaming’s woman protagonists. Kudos to you, Yuki, kudos.