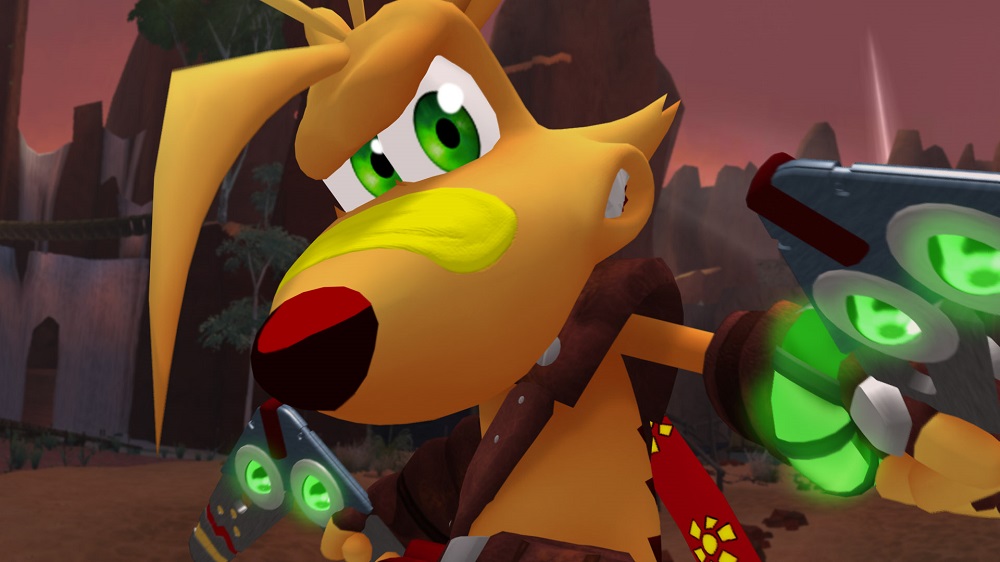 I assumed they only had devils over there

Krome Studios has begun a crowdfunding campaign in efforts to get their 3D platformer TY the Tasmanian Tiger onto Nintendo Switch. Fans of the genre may remember TY from his original 2002 appearance on PS2, Xbox and Gamecube, before being ported to PC in remastered form in 2016.

The crowdfunding effort is now live over at Kickstarter, where Krome is looking for $50,000 USD. Among the features expected in the new release are upgraded graphics – including new lighting and special effects – six axis motion control support for your boomerang antics, and a new “Hardcore mode”. Extra character skins will be added should the funding reach a $75,000 stretch goal. Backer rewards include artbooks, soundtrack CDs, and TY’s iconic shark tooth necklace.

As of this writing the team has already accumulated 70% of its goal, with donations from over 800 backers within the first 24 hours. It’s looking pretty good for the Tasmanian Tiger’s return. You can check out the current total over at the official Kickstarter page below.