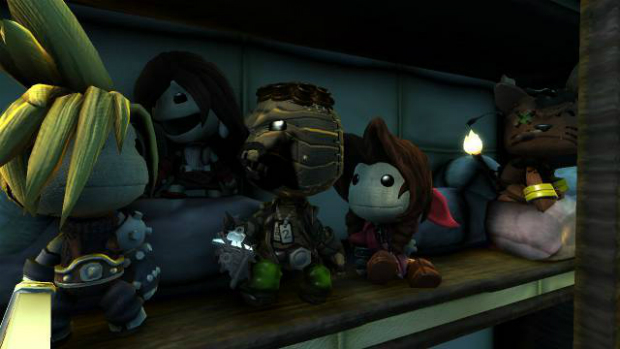 You can hear the cry of the LittleBigPlanet

I love Final Fantasy VII as much as the next guy, unless the next guy is Jamie Colliver. More than two years ago we featured his work in LittleBigPlanet 2 as he had remade Final Fantasy VII up through the Temple of the Ancients. Now, after more than two years, the project is complete just in time for LittleBigPlanet 3. It follows Sackboy Cloud from that first bombing mission in Midgar all the way through to the repelling of Meteor.

The project encompasses 31 levels, each lasting quite a while with all of the boss battles, dialogue, music, and locations represented in the three-plane 2D platformer. A playlist full of YouTube walkthroughs is up, and over 1500 photos of the project can be downloaded. The experience does seem to suffer a little from the limitations of the engine, but the sheer volume of content on display is pretty incredible.