As some of you may know, I won a little contest that sent me to PAX East. It was a very enjoyable weekend and besides the tons of fun I had with my fellow Dtoiders checking out upcoming releases, getting a bunch of swag, and just having a blast causing mayhem, I had an obligation to preview Two Worlds II for Destructoid.

I know a lot of you must be thinking “But Funk! Why would you want to do such a thing when the first was so terrible? I pity you. I don’t want to read this preview since I really didn’t like the first game and my expectations aren’t that high for this one!” Before you all start jumping to conclusions I think some back story about the first game is in order. The people I met with were more than happy to discuss it and I highly suggest you read this preview. Take it from a gamer and a fellow member of the community: I think you may be a lot more surprised than you might expect.

Hit the jump for the full story. 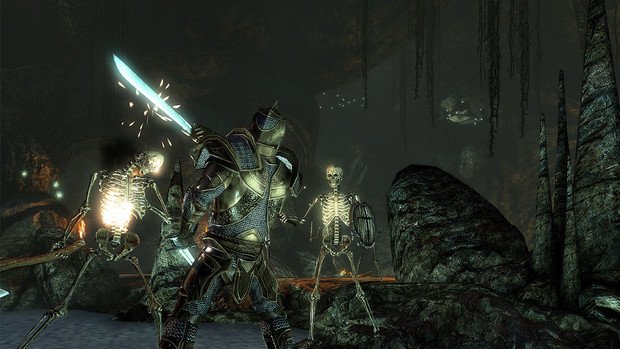 I believe a little history lesson is in order first. When the original Two Worlds came out, it was met with poor reviews and was quoted as a bad Oblivion clone. Many gamers — myself included — avoided the game thanks to word of mouth and those who actually did play it found it to be plagued with glitches, bugs, and poor gameplay. The first game was actually originally going to be a PC exclusive and was rushed to the Xbox 360 at essentially the eleventh hour. Reality Pump, the developers of Two Worlds, had no prior experience developing for the console and the rushed nature of the port was the cause of pretty much all of the glitches, bugs, and general complaints to be had. TopWare Interactive was kind enough to show me a build of the new game rapidly approaching beta certification, and what I was shown should not be compared to the original. It looks pretty darn good.

Let’s start with the visuals. A lot of people claimed that the first was visually unimpressive and that for a current generation title, the graphics were not up to snuff. Even in the early stage build I was shown, I can tell you that the game looks gorgeous. The level of detail and care taken when designing the environments and enemy characters is very evident and there are a lot of little things that gamers will really appreciate. The detail going into the lighting and shadow effects are something a lot of people may overlook, but for me it was one of the features I appreciated the most. Each and every single light source actually casts its own light and shadows. This was plainly evident thanks to the lamps in a tunnel the game’s main character was traveling through. Multiple — sometimes overlapping — shadows were shown while the main character was holding a torch that had little embers falling off said torch. Each and every little ember even casts its own light source and shadowing before extinguishing on the way to the ground. The fact that the torches also gave off heat distortion much like that of a hot summer day was also a very nice and appreciated detail. 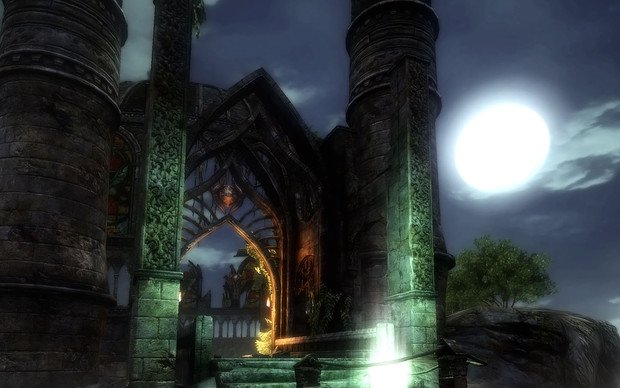 Next up would be the environments. I’ll say it again about the details; you will be hard pressed to find a more visually appealing game in terms of the world you will be exploring. Between the individual blades of grass, a rocky mountain path, or a dark dank cave, the environments are nothing short of breathtaking. The locales in the cityscapes each have their own personality and intricacies too. The detailed sculptures and buildings in the oriental inspired village are just as astounding as the medieval themed city’s gruff landscape. I can’t help but still think back about how blown away I was by how astoundingly good everything in the game’s world looked. Instead of the typical cheap, half-hearted 2D images representing landmarks in the distance, everything was rendered in 3D. It’s a game like this that makes me want to get lost in the massive world and just appreciate the time and effort that has gone into making everything look so nice.

The enemy AI seems to be a bit better than most games. Drawing the attention of more than one enemy at a time will cause them to surround you. Maybe it’s because it isn’t a final build yet, but a gripe I had was how the game suffered a bit of “only one enemy will attack you at a time” syndrome, something that bothers me a lot in most games. The skeletons that were fought in the cave area were just as detailed as the environments; one even had a fire in its chest cavity that showed off the same lighting and shadow effects from before.

The NPCs wandering around the towns are also a lot smarter this time around and react to your character, which I found to be a very nice touch. In the oriental inspired town, the main character bumped into some NPCs and they were a bit taken back, seemed scared and would run away from him. We then had the main character draw his sword, which drew gasps from the townsfolk who were just having a leisurely stroll. It brought concern from a couple of the town’s guards, which had their hands on their sheaths, ready to defend the town’s inhabitants. It’s seeing things like this that gives me the impression that the developers really do care about what gamers say. 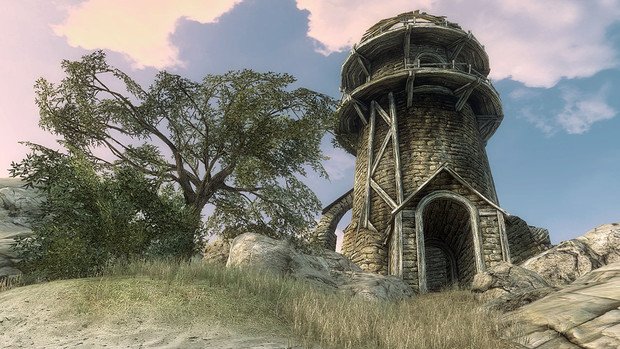 In terms of magic and spells, it seems like this game will have what seems to be a near infinite amount of permutations of varying spells. You pick up cards from enemies or treasure chests, which you then can combine together to customize spells to your own liking. The example I was shown was a simple projectile spell that had an ice card added to it to turn it into an icy missile. After that it had a ricochet card added to it to allow it to bounce a few times off walls and objects. Finally, a multiplier card was added so that whenever it was cast: four icy, ricocheting missiles were sent flying.

Sticking with the combat, one of the biggest things that impressed me was the on the fly class change. Have you ever encountered a time where you’re hacking and slashing away at skeletons with your dual melee class, only to be surprised by a golem that can only be hurt with magic? Yeah, that’s what I thought. In Two Worlds II, you’ll be given the ability to designate three different sets of equipment at any time, and swap between them on the fly. You won’t have to go through tedious menus to change your equipment set, just the simple act of hitting the D-pad changed the main character’s weaponry and armor from a sword and shield combo, to a more barbaric battle axe and short sword dual wield pairing, to a staff wielding magic user set. It’s a feature that I can’t believe isn’t a standard by now.

This leads to how it saves room for your character’s inventory. Your character is given a certain amount of weight he can carry and if you do go over the given limit, he will slow down to a sluggish pace and be more susceptible to attacks. Here is where having the class changing comes into play: you also have the ability to break down weapons and armor into their basic or not so basic base materials. You can then those materials with your current equipment, making it stronger or giving it different attributes. 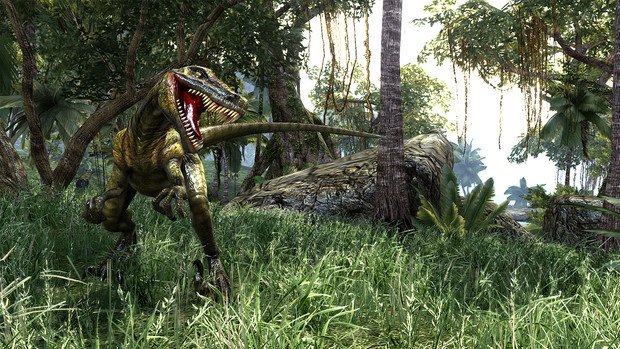 From what I’ve been told, the main story should last about 25 hours with an additional 15-20 thrown in depending on how many sidequests you pursue. They’ve also brought back multiplayer features, and developed a completely unique 5-8 hour co-op campaign as well. The co-op campaign is somewhat of a precursor to the events of the main story of the second game, and you play as more of a support character. Online PvP is also back, but you have to earn all your equipment online and cannot transfer your character from the main story into that game mode.

If you’ve made it this far, then you too must be pretty shocked at how good I’m making this game sound. Let me tell you, so far it deserves every bit of praise it can get. The guys over at TopWare Interactive also have a very good sense of humor, and they’re throwing in some cameos and Easter Eggs that reference issues from the first game. Those of you who actually played the first can have a good chuckle or two. Most of you know I’m usually just a collector of games, but from what I’ve seen of Two Worlds II, I’m really looking forward to it and will probably play this game instead of being happy with having it. That’s how good it is looking and I suggest you guys keep an eye on this title as well.